A Celebration of Dedication

Happy Hanukkah from your friends at Chosen People Ministries!

The Feast of Dedication is when the Jewish people celebrate our deliverance from possible extinction. This was the goal of the evil Syrian Greek leader, Antiochus Epiphanes, in mid-second century BCE. He tried to destroy the Jewish people and eradicate the uniqueness of our identity.

He failed and the Jewish people, our culture, hopes, dreams, and faith were not destroyed. If he had succeeded, then what would have happened to Mary and Joseph? Would they have known that they were Jewish? Would they have married one another? If the man whom Jewish people call Antiochus the Madman had destroyed the Jewish people and Jewish identity, then the Messiah could not have been born into a Jewish family and prophecy would have been left unfulfilled!

Instead, God used the Maccabees to overthrow the Syrian Greeks and prepare the way for the birth of the Jewish Messiah. After all, for Jesus to be the Messiah He would need to be born of a Jewish woman, from the house of David, in Bethlehem, His predicted place of birth! This means His lineage and tribal identity would need to be intact. If the Greeks had destroyed Jewish culture as they had intended then we could not have known for certain that Jesus was the true Messiah!

You can see there is a link between Hanukkah and Christmas that goes beyond the passing of gifts and twinkling of lights­—without Hanukkah there would be no Christmas, because Jesus could not have been a Jew and prophecy would have been left unfulfilled!

Would you pray with me?

Thank You, Lord, for the beauty of the Hanukkah lights that remind us that You are more powerful than the enemies of the Jewish people. Thank You for keeping Your promises and sending Your Son, Yeshua, the Light of World, to be our Messiah and the Savior of the world. Help us to shine His light to all, especially today as so many have suffered the loss of loved ones. We pray that He brings comfort to the hearts of hurting family members and friends of those who lost their lives in the shooting spree in Pittsburgh. Help us to make sense out of the senseless, and give meaning to the meaningless. You are a just, merciful, and gracious God. Help us to trust You when we do not understand why such terrible things happen to innocent people. As You protected Your chosen people in days of old, Lord, continue to preserve the Jewish people for Your holy purposes.  In the name of Yeshua our Messiah – the Light of the World. Amen! 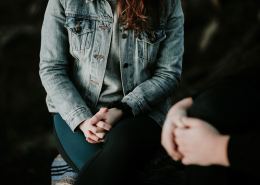 The Light of Messiah
Scroll to top