The Middle East continues to destabilize as the turmoil seems to spread to a new Arab country each day. This is unsettling for those of us who love Israel and the Jewish people, as we simply do not know the longterm results of these national upheavals and what the attitudes of the new leaders will be towards Israel. I have some concerns!

Egypt and Israel: An Uncomfortable History and a Difficult Present

In some ways, Israel and the Jewish people have a unique relationship with Egypt. Some Bible commentators have phrased it this way: “Israel was formed in the womb of Egypt.” There is a lot of truth to this—even though it would not have been the choice of the sons and daughters of Abraham to endure 400 years of slavery in preparation for their national birth!

The relationship between Israel and Egypt continues to be important, as Egypt has been a key player in all of the attempts to establish lasting peace agreements in the region especially the Camp David accords.

Yet today we are looking at a very different Egypt than the country of a few months ago. We do not know where Egypt will end up in its attitude towards Israel, and Egypt has the potential to be one of Israel’s most proactive enemies. This remains to be seen and is cause for prayer.

I am not a political analyst and it is not my intention to analyze Egyptian politics in depth or to pass judgment on the ethics and impact of Mubarak’s fall from power. Rather, I view what has happened in Egypt to be representative of what we might see throughout the Arab world. I do not want to sound hopeless—because I do have a great hope that I want to share with you in just a moment— but in general, I do not see the pan-Arab revolution as especially beneficial for Israel or for the West.

Isaiah 19: The Role of Egypt in the Plan of God

In Isaiah chapter 19, the prophet describes God’s judgment upon Egypt, and later in the passage, Isaiah predicts the future restoration and glories of Egypt. The judgment Isaiah describes is severe and extensive, affecting almost every area of Egyptian life. In verse 1 of chapter 19, Isaiah predicts that the Egyptian gods would tremble in the presence of the one true God and the hearts of individual Egyptians would melt.

In verse 2, the prophet describes a civil war in which Egyptians will fight against their brethren, and in verse 3 he speaks of the day when Egyptians will turn to idols, ghosts, mediums and spiritists for guidance. Another harsh judgment is described in verse 4, where Isaiah says that the Egyptians would be ruled by a cruel taskmaster some time in the future. Many Old Testament commentators have tried to figure out who this cruel leader might be.

In verses 5-8, the prophet describes natural disasters that would befall Egypt—including the drying up of the Nile River, which was viewed by the Egyptians as the very source of their life and sustenance. The economic destruction of Egypt is predicted in verses 9-10, and in verses 11-13 there is a specific judgment upon the rulers of Egypt, who would act unwisely and, according to the prophet, would be viewed as fools who led Egypt astray. The complete dissolution of Egyptian society, politics and commerce is described in verses 14-16.

Then, in verse 17, Isaiah prophesied that the land of Judah would be a “terror to Egypt”—a symbol of the complete destruction that the God of Abraham, Isaac, and Jacob has planned for Egypt. Interestingly, in verse 18 the prophet tells us that five cities in Egypt will speak Hebrew and will swear allegiance to the God of Israel.

What follows is probably seldom preached in Christian circles. In some ways, chapter 19 of the Book of Isaiah is similar to the prophecies of Moses in Deuteronomy 28 and Leviticus 26, which describe both the future judgment of the Jewish people and their end-time return to the God of Israel. It appears that Isaiah predicts the same thing for the Egyptians.

According to verses 19 and following, the day will come when Egypt will build an altar to the God of Israel within the borders of the country, and this altar will become a signpost of God’s loving presence within Egypt. The altar will have such impact that it will cause the Egyptians to cry out to the true God of Abraham, Isaac, and Jacob, “and the Egyptians will know the Lord in that day” (Isaiah 19:21). Furthermore, the prophet predicts that the Egyptians will worship the Lord with sacrifices and offerings, as well as vows of obedience. In response, the Lord will heal the Egyptians in a dramatic and glorious way at that time.

I believe that it is essential for believers in Jesus and those who love the Word of God to live our lives today in light of God’s plan for tomorrow. Knowing that one day the Lord will bring the chaos of our present age—especially in the Middle East—to a glorious conclusion gives us hope, understanding, patience and the motivation to continue praying for the peace of Jerusalem.

We know that when Jerusalem and the nation of Israel embrace Jesus (Zechariah 12:10, Romans 11:11-15, 25-29), these blessings promised by God will overflow to the entire Middle East and will keep flowing until the earth is filled with the knowledge of the Lord as the waters fill the sea!

Understanding the Times and Serving the Lord

I hope that you enjoy the rest of this newsletter, as we explore the escalating Middle East crisis in greater depth and hopefully give you “fuel” for your prayer life. But please don’t forget what God has planned for the future! There’s no doubt that Egypt, Israel, Iran, and perhaps most of the Middle East will live in crisis and even experience a greater degree of judgment—but, as the Psalmist writes, “joy comes in the morning.”

Meanwhile, as followers of the soon-coming King, we have a mission to proclaim the Good News of salvation to the Jew first and also to the Gentile.

I cannot tell you how excited I am about the progress of our new Charles Feinberg Messianic Center in Brooklyn. We will be in the midst of a community of Jewish people who have never before heard the Gospel in a Jewish way, and we continue to need your support and prayers so that the renovation can be completed without debt. As you pray for the peace of Jerusalem, please remember to pray for the building of the new Messianic Center in Brooklyn.

Pray for the peace of Jerusalem: May they prosper who love you. (Psalm 122:6) 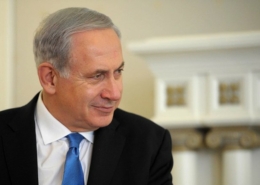 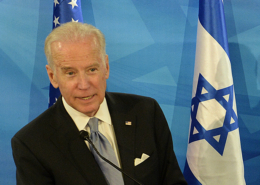 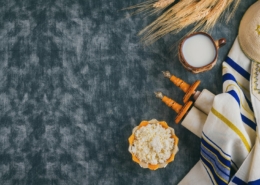 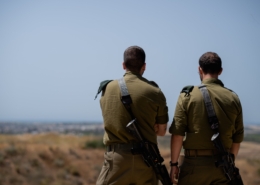 Summer in the Cities
Scroll to top