Jewish Ministry in the 21st Century

Jewish Ministry in the 21st Century

Shalom! We are about to start our 121st year as a ministry to the Jewish people. I cannot tell you how excited I am about the future! May I quickly report on this past year and then share our plans for the future?

2014 was a momentous year for Your Mission to the Jewish People! I wish I had more space, and you more time, but let me briefly bring you up to date on our global Isaiah 53 Campaign.

The Isaiah 53 Campaigns
We have now conducted campaigns in New York City, Los Angeles, Brooklyn, Israel, and in Buenos Aires, Argentina. The book, Isaiah 53 Explained, which I wrote and is the evangelistic centerpiece for the campaign, is now in eleven different languages including English, Hebrew, Russian, Spanish, French and Farsi. These account for the languages spoken by 98% of the world’s Jewish population.

More than 200,000 people have already visited the English Isaiah 53 Campaign website. Thousands have ordered the free book and included among this group are hundreds upon hundreds of Jewish people seeking the Lord. The Spanish website, designed to reach the almost half million Spanish-speaking Jewish people in the world, has grabbed the attention of Jewish people everywhere from Latin America to Israel!

We are currently preparing the Russian and French websites which, when completed, will allow us to reach an additional one and a half million Jewish people scattered throughout Russia, Ukraine, the United States, Israel and, of course, France (more than 600,000 Jewish people live in France!). Additionally, thousands of French Jews have left France because of antisemitism and are now living in Israel, but do not know Hebrew yet. We are reaching French Jews in Israel through the website as well.

The Hebrew language Isaiah 53 Campaign website has been extraordinarily effective. So far, almost 200,000 Jewish people have watched one of the Isaiah 53 video testimonies (in Hebrew of course) for an average of five minutes—which is absolutely amazing! We have also delivered 200 copies of Isaiah 53 Explained in Hebrew to Israelis and our staff is following up on these individuals.

And believe it or not– the Hebrew Isaiah 53 Campaign has just begun! We recently added additional Hebrew language video testimonies of Jewish believers in Israel who have come to know Jesus as their personal Savior.

Just last week, I heard of a Jewish man who watched the testimony, began an online dialogue with the brother who gave the testimony, and within a few weeks this individual received Jesus as his Messiah!

Online evangelism is especially effective in Jewish communities scattered throughout a city or state and not easily approached in one particular locale. In addition, it is a powerful tool as many Jewish people enjoy the privacy of searching for the Messiah without having family and friends looking over their shoulder.

We have also just completed an online Isaiah 53 Campaign among the 100,000 Jewish people living in the state of Texas! I cannot tell you how excited I am about the dozens of conversations we have had with Jewish people about Jesus as a result. We need your prayers as we personally follow up with those who give us the opportunity to meet with them individually.

Shalom 21 – Jewish Ministry for the 21st Century
We are about to enter our 121st year as a mission and the beginning of the 15th year of the 21st century! And, as every faithful believer in Jesus who has gone before us, we will start the New Year filled with the bright hope of His coming, understanding that this next year might be our last. This is why Jewish evangelism is so important, especially if you have the same understanding of the end times as I do. The salvation of Israel is key to the second coming of Messiah. Therefore, we have been called by God to bring the Gospel to the Jewish people for this special moment in time. As the Apostle wrote to the Roman believers,

For if their rejection is the reconciliation of the world, what will their acceptance be but life from the dead? (Rom. 11:15)

We believe this great turning of Jewish people to Jesus is coming soon and maybe in our lifetime! If He is slow to come, then we understand that the Lord is giving more time for Jews and Gentiles to hear the Gospel and be saved. Either way, the urgency of the hour is upon us and we must proclaim the Gospel as if there is no tomorrow!

So…what is the plan? In consultation with our Board and leadership team, we believe the Lord is directing us to advance our ministry among the Jewish people in the following ways.

Through Digital Media
As you can see from the success of our Isaiah 53 Campaigns, ministry through the media (especially on the web), is a great opportunity to reach Jewish people with the Gospel. In order to do this effectively, we need to continue building our digital media department, which includes videographers, editors and writers, web designers and graphic artists, as well as those on our team who are proficient in online communications.

In order to meet the challenges of the 21st century, and especially to reach our new generation of young Jewish people, we must get ready! We have already begun to develop our digital media team. Now we need your help to make this dream a reality. We will continue Isaiah 53 Campaigns throughout the United States and around the globe for the next five years. We are learning so much with every campaign and believe that the best is yet ahead as we initiate the Campaign in some of the great Jewish population centers in the United States and across the globe.

Our new media department will require at least $300,000 a year to be fully staffed at this stage of our development.

This will need to increase in the future, especially as we add websites that are more dynamic in nature and as we utilize the wonders of modern technology for the Gospel in reaching the Jewish community.

Through Our New Generation Initiative
The New Generation Initiative brings together all of our efforts to recruit, train, support and deploy a new generation of young missionaries to the Jewish people. We cannot do anything without people, as God works powerfully through individuals. So, it is important for us to develop this team of individuals who will “run point” in developing this new generation of missionaries among the Jewish people.

This team will focus on reaching Jewish college students and young adults, but also minister to young people attending Christian colleges, seminaries and secular universities who have a burden to reach Jewish people for the Messiah Jesus. We believe that by providing short-term ministry opportunities, mentoring, internships and training programs for young adults, we will be able to enlist a new generation of Jewish evangelists for the 21st century!

We already have the beginnings of our new generation team. But in order for this department to grow and for us to find the right people to build the future of Jewish evangelism, we must add a number of key staff members and scholarship funds for young people wanting to be trained for Jewish ministry.

The New Generation Initiative requires about $250,000 a year to be fully staffed at this stage of our development.

This training, of course, includes the Master of Divinity in Messianic Jewish Studies. This degree, as you may already know, is offered through a partnership between Chosen People Ministries and Biola University’s Talbot School of Theology. This program is going well and is now housed at the Feinberg Center in Brooklyn!

We hope to raise an army of young people that will advance the cause of reaching Jewish people for Jesus throughout the 21st century. But in order to build this army for the Lord, we need the Chosen People Ministries staff team to reach and recruit the right people.

Thank You for Sharing Our Vision for the Future of Jewish Evangelism
Your gift at the end of this calendar year will be used to build the future of Chosen People Ministries as we serve the Lord by proclaiming the Gospel to the Jewish people…just as we have been doing for 120 years!

We need your help to gain the spiritual muscle needed to reach a new generation of Jewish people for the Lord in more dynamic and creative ways. We are ready to do the work but cannot move forward without your prayers and generous support!

We need your help in becoming a Jewish Mission for the 21st century.
The budget for advancing Chosen People Ministries for now is simple and straightforward:

Would you pray and help us get on our way with a generous gift at the end of this year or even with an annual pledge to help us build the future of Chosen People Ministries?

Thanks so much for making the last few years a season of great accomplishment and encouragement. Now, let’s turn our eyes together to the future as we know the hour of His return is soon.

Your brother in the Messiah,
Mitch 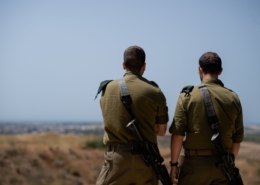 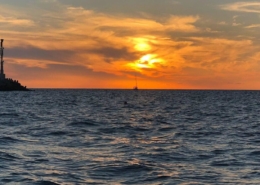 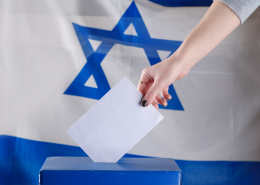 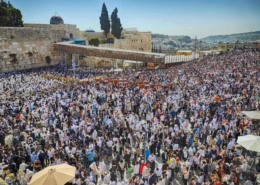 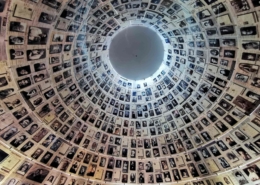