Pirooz Abir is an accomplished entrepreneur, senior executive, and consultant with more than twenty-seven years of success within the information technology industry. He is the chief executive officer and co-founder of LiquidInvoice, LLC as well as president and founder of Abir Enterprises, Inc. He has extensive experience working within the information technology sectors of banking and finance, brokerage, healthcare, legal, and manufacturing. Mr. Abir’s comprehensive background includes the provision of consultancy and advisory services to organizations of all sizes, from startup businesses to multi-million-dollar corporations. An individual who can conduct cross-cultural business with ease, Pirooz is able to communicate on all levels. He is fluent in English and Farsi and has basic Hebrew language ability. Mr. Amick is the owner and operator of Amick Appliance and Service Center, providing appliances for all major United States manufacturers. He is also an elder at First Christian Church in Scottsburg, Indiana. Terry studied Bible Theology at Crown Bible College. 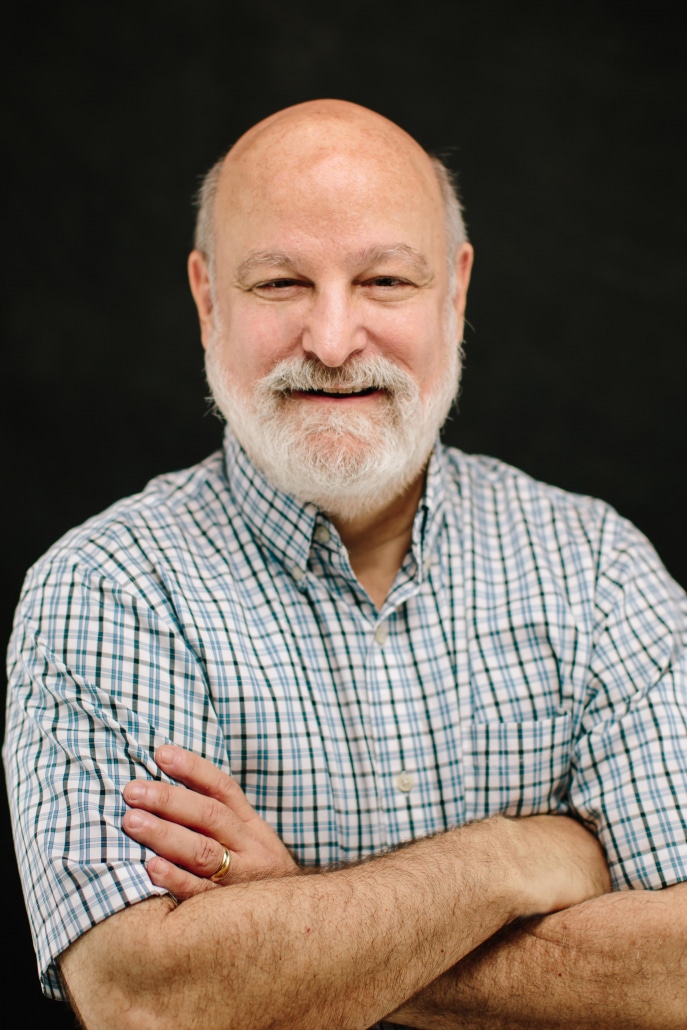 Dr. Bock is the author of more than forty books, including well-regarded commentaries on Luke and Acts, studies of the historical Jesus, and work in cultural engagement as host of the seminary’s Table Podcasts. He was president of the Evangelical Theological Society (ETS) from 2000–2001, and has been a New York Times best-selling author in nonfiction. Dr. Bock is elder emeritus at Trinity Fellowship Church in Dallas. Since 2004, Ryan has served with Chosen People Ministries, a ministry dedicated to praying for, evangelizing, discipling, and serving the Jewish community and helping others to do the same. Ryan has a BA in Bible from Philadelphia Biblical University and a Master of Arts in Bible from Capitol Bible Seminary. Mr. Elam served as the Director of Israel for e3 Partners and is the current Special Ambassador for Bible Translation for Seed Company. He is a speaker and author of four novels. Jason played in the NFL for seventeen seasons as a placekicker—fifteen for the Denver Broncos and two for the Atlanta Falcons. He has a bachelor’s degree in communications from the University of Hawaii and a master’s degree in biblical and theological studies from Arlington Baptist College. 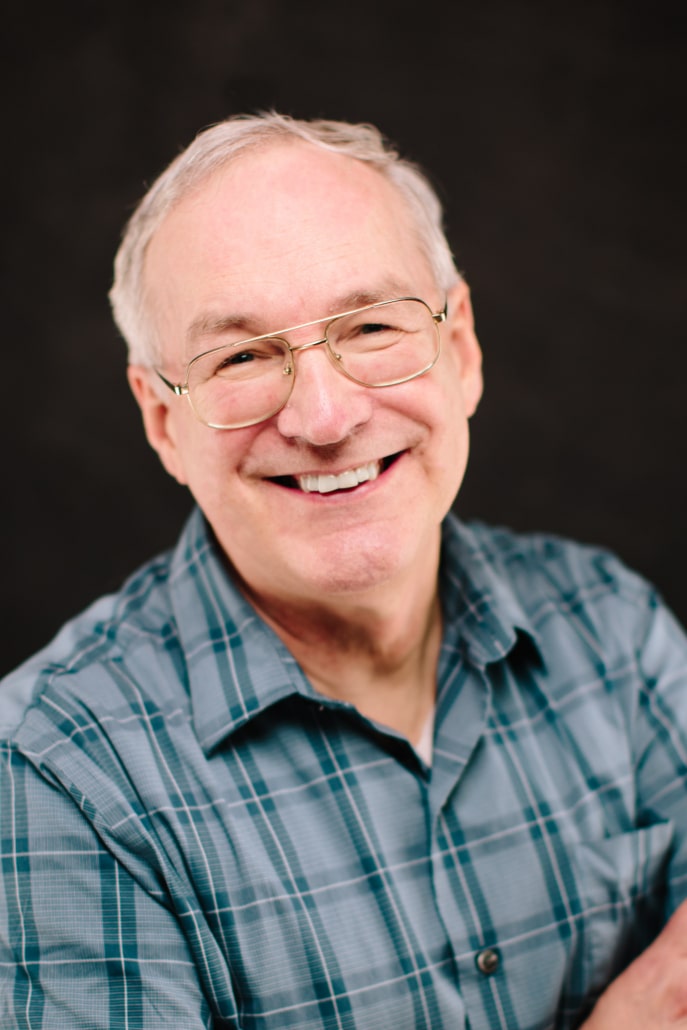 Mr. McHugh is a former United States Navy Nuclear Submarine Officer. He has held various leadership positions in finance, business development, and program management. He has a Bachelor of Science in Optical Engineering from the University of Rochester and an Executive Master of Business Administration from the University of New Haven. 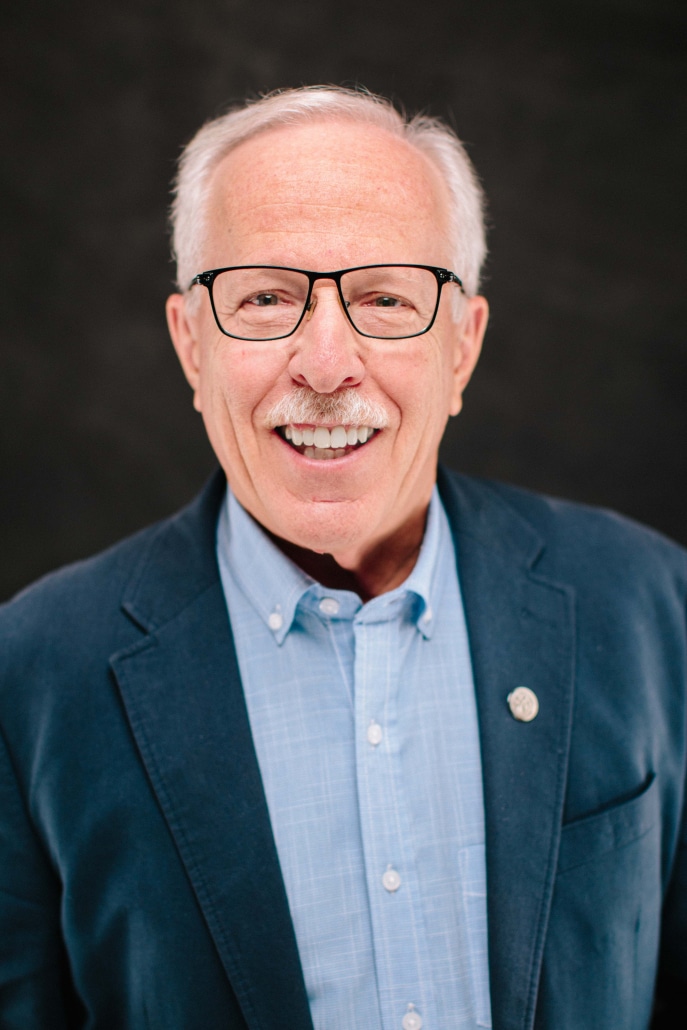 Mr. Regenstreif founded the corporation of Regency Enterprises in 1981, as an energy conservation company. In 1983, he and his business partner, Mike Goldstone, started Regency Lighting. Through the years, Ron’s primary focus has been on growing the sales and marketing efforts of Regency Lighting, as well as establishing the strategy and growth plan for the organization. Mr. Regensteif’s ongoing passion for excellent service has helped Regency Lighting become an industry leader in this area. He attended Syracuse University. Mr. Schiller is special counsel with international law firm, Baker Botts, LLP, in the Employee Benefits and Executive Compensation Practice Group. David is the founder and spiritual leader/rabbi of Eitz Chaim Congregation, a Messianic Synagogue in Dallas, Texas, and formerly a regional director and Judicial Board Member of the Union of Messianic Jewish Congregations (UMJC). Mr. Spiegelman served as senior manager and vice president at KPMG and Charles Schwab respectively, providing personal financial planning advice to individuals, groups, and institutions. He has authored numerous articles, webcasts, and research papers on topics ranging from tax and estate to portfolio planning and retirement. Rande has been widely quoted and cited by the financial media and academia. Mr. Spiegelman is a member of the American Institute of Certified Public Accountants and the California Society of CPAs. He has a Bachelor of Science in Accounting from San Francisco State University, and has earned the status of Certified Financial Planner. 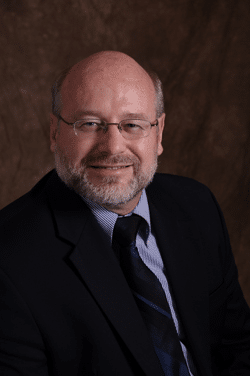 After his graduation from Calvary Bible College (Kansas City) in 1974 Richard married Melinda his wife (47 years this year) and they went on to Grace Theological Seminary in Winona Lake, Indiana (MDiv 1977). From there they moved to Philadelphia, Pennsylvania to pursue the Doctor of Philosophy program in Ancient Near Eastern Studies and Biblical Hebrew at the Dropsie College for Hebrew and Cognate Learning (degree achieved in 1987; now known as the Annenberg School of Judaica at the University of Pennsylvania).

In 1980 Richard moved back to Grace Theological Seminary where he took a position as a Professor of Old Testament Studies and taught until 1990.  Melinda and Richard have two sons (Nathan and Micah) and two grandsons (Levi and Orion). Richard also has an MA degree in Counseling from Grace in 1989. From 1990 to 1994 Richard taught at Dallas Theological Seminary, and then moved to Trinity Evangelical Divinity School, Deerfield, Illinois, where he has been teaching Old Testament and Ancient Near Eastern studies for the last 27 years. 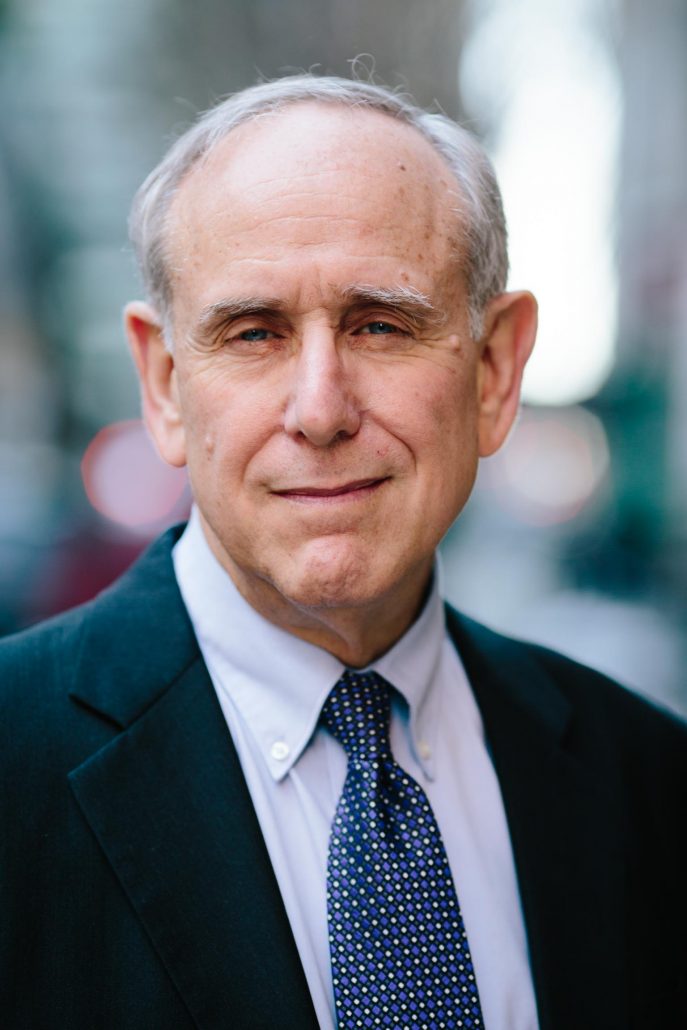 Dr. Glaser is the President of Chosen People Ministries. He speaks and writes widely on Jewish evangelism and Messianic Judaism. Mitch and his wife, Zhava, have labored for more than 45 years in ministry among the Jewish people. Dr. Glaser is the author of a number of evangelistic books and articles and co-editor with Dr. Darrell Bock of four academic volumes. 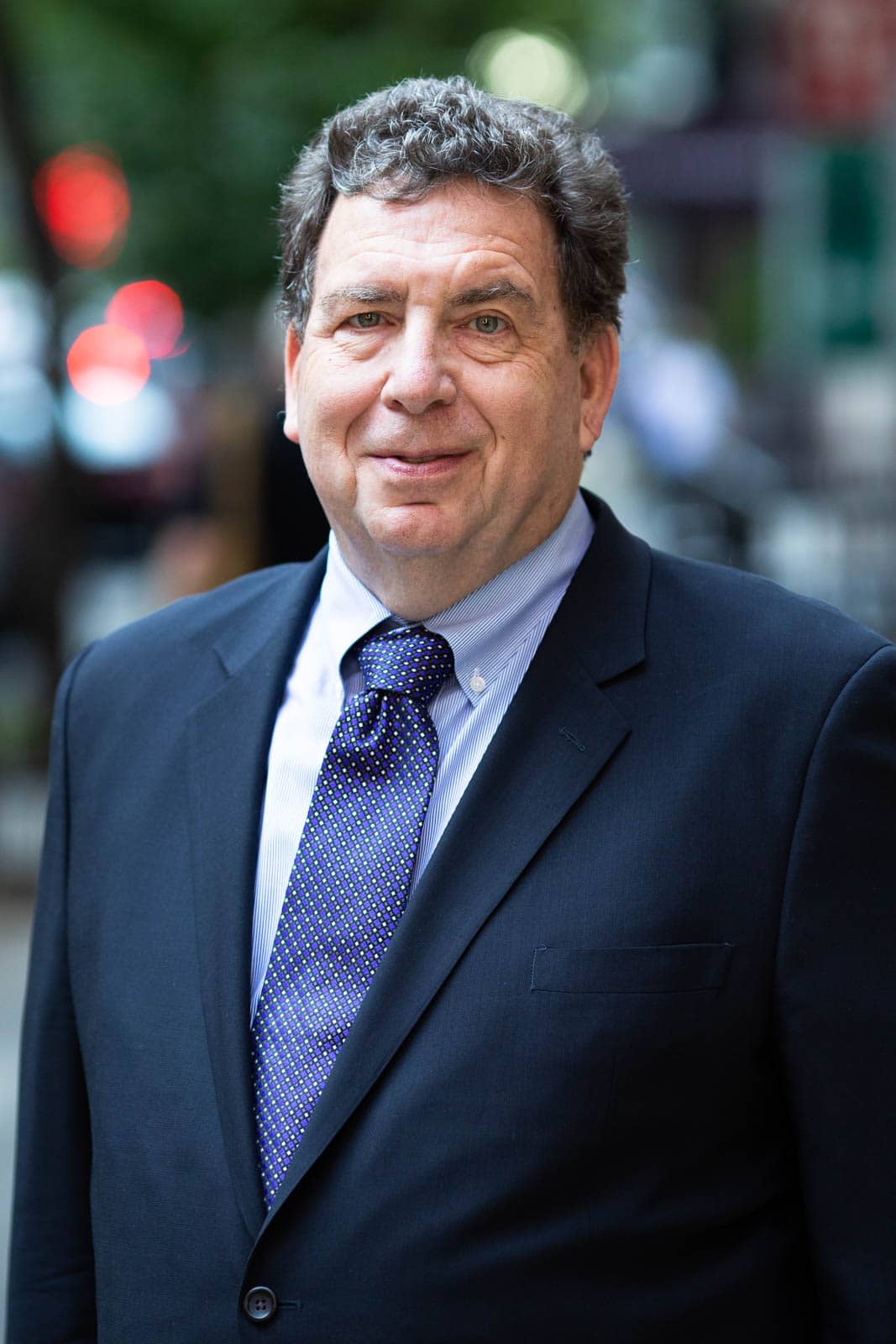 Dr. Freeman has a Doctor of Ministry from Gordon-Conwell Theological Seminary. He serves as the Vice President of Church Ministries and Conferences for Chosen People Ministries and is the author of The Heart of the Apostle: A Commentary on Romans 9–11. 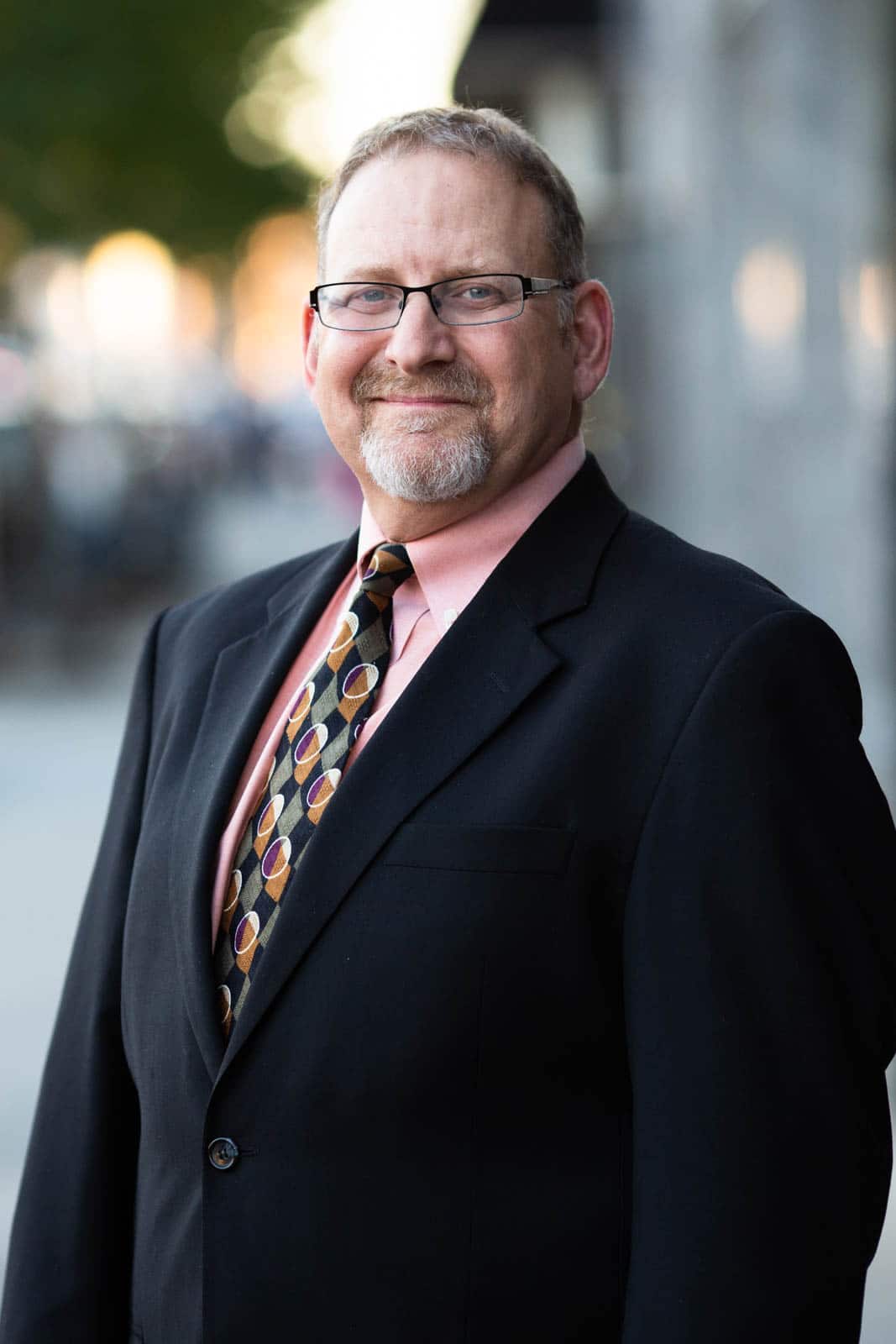 Mr. Forman is the Vice President of U.S. Ministries for Chosen People Ministries. Mitch is based in Boston but oversees all recruitment, training, mentoring, and leadership of the entire U.S.-based missionary staff. 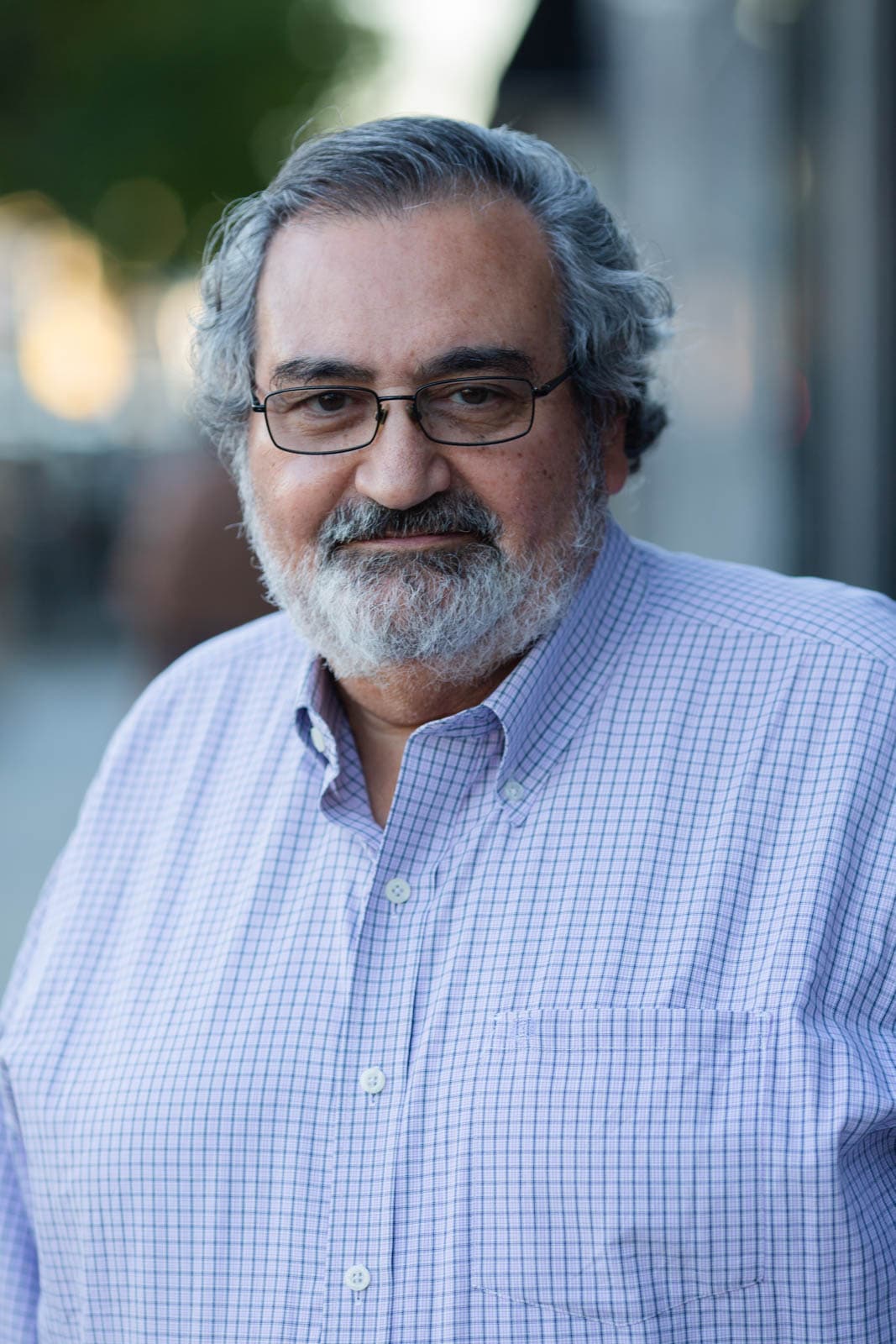 Mr. Sedaca is a Vice President and works in the overall development of our ministry, both in the US and in many other countries around the world. Originally from Argentina, Mr. Sedaca is the former International Director of Messianic Jewish Alliance. Dr. Hagg is the founding Dean of Charles L. Feinberg Center in Brooklyn, New York which offers a Masters of Divinity in Messianic Jewish Studies in partnership with Talbot School of Theology (A Graduate School of Biola University). David Lee, CPA, is the Treasurer and Chief Financial Officer of Chosen People Ministries.  Dave is responsible for the finances of our ministry. Dave is an accomplished financial executive with more than 35 years of experience.

Midwest Regional Director for Chosen People Ministries. Roy graduated from  Moody Bible Institute where he received his diploma in Jewish Studies. He authored the book Where Jesus Walked and also served as Pastor of Evangelism at Moody Church in Chicago.

Pastored a Messianic congregation in Brooklyn, New York, and planted congregations in New Jersey, Connecticut, and the Philadelphia suburbs. He and his family currently reside and minister in Irvine, California where he has planted and is currently leading Shuva Yisrael (Return O Israel), a Messianic Jewish congregation.

Bachelor’s Degree in Jewish Studies from Moody Bible Institute.  Olivier serves as the Northwest Regional Director. He also serves on the Board of Directors of Chosen People Ministries–France.

Michael currently lives in New York City where he is the New York Regional Director. Before coming to New York, Michael planted a Messianic congregation in Virginia and served as the congregational leader. In addition to ministry, Michael earned a Doctor of Psychology in Clinical Psychology (Psy.D.), a Master of Education (M.Ed.), and a Master of Divinity degree.