Today as I write these words I find myself in the location that is in the very heart of today’s spiritual war. In fact, it is safe to say that when it comes to the global intersections where good and evil collide, this place is “ground zero.”

You guessed it—I’m in Jerusalem.

War permeates this city. It always has. How else can you explain that throughout the history of Jerusalem it has changed hands 86 times? It has also been leveled to the ground 17 times. Not much has changed since Abraham, the father of our faith, came to Jerusalem to see the land that God had promised to his descendants. Since then, this place has been in constant turmoil. Yet Israel continues to rise out of the ashes and today Jerusalem is the most important city in the world yet again. I say that last statement without reservation. No other city in the world demands the focus of the globe on a daily basis like Jerusalem. Washington, DC is the only city to have more reporters covering it, but Jerusalem is the city that God Himself chose to dwell in. Out of all the cities and villages worldwide, this is where God came and stayed—and that puts Jerusalem in a category of its own.

One day Jesus will return to this city and His feet will land firmly on the Mount of Olives. When that day arrives, Jerusalem will be transformed and will never return to the front lines of war. The days of conflict will cease.

But this is not the scene in Jerusalem today. The spiritual tension can be cut with a dull knife. The Friday message from a famous mosque is blasting through my room as the Imam shouts commands to faithful Muslims to pray. His charge is to call the followers of Muhammad to seek Allah on this weekly holy day. An Arab believer is giving me a running translation of his words. The Imam’s message is laced with calls for the destruction of Israel. His anger is palpable, and his passion is felt in every word that echoes through the Old City. Islam temporarily has a choke hold on Jerusalem, the city that God loves.

As Jews are praying at the Western Wall, those who understand Arabic (which would be many) are hearing every word of Friday’s message at the Al-Aqsa Mosque. They are used to this, as they hear similar threats and insults from the Imam every week. Jews in Israel who watch the news are getting a steady stream of antisemitism that is bursting at the seams in the Middle East and rising steadily in Europe as well:

Yet Israel is being portrayed as the reason there is no peace in the Middle East.

Israel vs. the United Nations

Enter the United Nations. In September, a vote is scheduled to take place that would circumvent the national sovereignty of Israel. If this vote passes, the U.N. would wave a magic wand and rename Judea and Samaria—commonly referred to as the West Bank—with a new name, Palestine.

This is not only unfair, but also unwise. I travel to Israel frequently, and our ministry reaches out to both Jews and Arabs. We have worked among Palestinians in Gaza and Jews in Jerusalem. Believe me, it is a toss-up as to who is dreading a Palestinian State more.

If the U.N. has its way, Jews will be banned from places in the biblical land of Israel. Joshua arrived here with the Israelites 3,400 years ago, so there is definite historical precedence for the existence of the Jewish people here. And now the U.N., which has a strong bias against Israel and a strong Arab-Islamic coalition, wants to take all of that away.

While visiting Israel on Independence Day this year, I witnessed first-hand the coordinated efforts of this year’s “Nakba” assault. Protests and conflict erupted in Ramallah, at the Mount of Olives, and the Erez Crossing. On Israel’s northern borders the fences were knocked down and Palestinians from Syria and Lebanon poured into Israel. This is just a preview of things to come if Israel is not able to defend her borders.

What may be surprising to some is that many Palestinians fear what this may mean for their lives. In a recent poll, 70% of all Arabs in the Jewish State prefer to live in Israel. In other words, no one is climbing the fences to escape into Egypt or Saudi Arabia. Will Palestine merely become a larger version of Gaza? Now that Hamas and Fatah have decided to unify, this most likely will be the case.

As the only functioning democracy in the Middle East, Israel must be able to defend herself. The Jewish State is a buffer that keeps hard-line Islam in check throughout the region. But if Israel is required to turn the clock back 44 years to 1967, this buffer will be lost.

Now that Fatah and Hamas have united, the proposal for a peaceful Palestine would seem to be all but dead. Yet the talks go on as if nothing has happened. What other country in the world has to give up its land to a terrorist group like Hamas? Their agenda is a commit¬ment to the destruction of the State of Israel.

If the U.N. vote goes through and is enforced, Israel will be unable to defend herself. Here is what we can expect if all of this comes to pass:

Tom Doyle, a friend of Chosen People Ministries, is Vice President of e3 Partners and the Middle East Director for the ministry. Tom and his wife JoAnn are committed to reaching the Middle East with the liberating Gospel of Jesus Christ. They work with Jews and Palestinians that love Jesus and each other. He is also the author of several books including Two Nations Under God—Why You Should Care About Israel (B/H Publishing) and Breakthrough—The Return of Hope to the Middle East (Authentic Publishing). 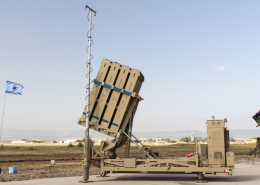 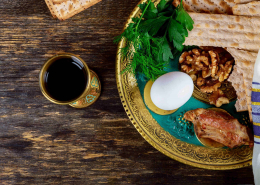 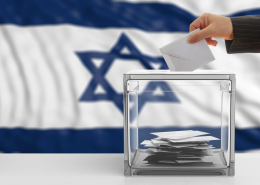 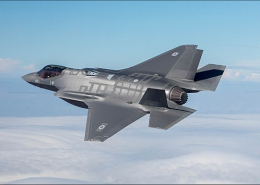 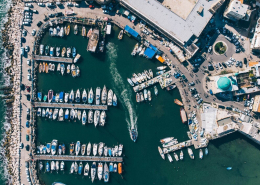