Jewish people around the world are now entering the sacred High Holiday season, which starts with the festival known as Rosh Hashanah (the Jewish New Year) beginning on the evening of September 28. The holy days continue with the observance of Yom Kippur (the Day of Atonement) on October 8; this is the apex of the Jewish year. The season concludes with Sukkot (Tabernacles), which begins on the evening of October 12 (see Leviticus 23:24-44).

Remember to wish your Jewish family and friends a joy-filled Happy New Year, and if you have the opportunity, share a plate of apples and honey with them—a symbol for a sweet new year. I know that your Jewish friends will be touched by your thoughtfulness.

Land, Peace and the Mideast Conflict

This High Holiday season will be marked by several serious events in the life of Israel and the Jewish people. September could very well be the month when the United Nations votes on the Palestinian request for U.N. membership. As you might imagine, this vote has far-reaching implications, not the least of which is the recognition of Palestine as a distinct national entity.

There is another somewhat troubling event scheduled for September. The Durban III Anti-Racism Review Conference will be held this month at the UN Headquarters (about four blocks away from the Chosen People Ministries International offices) and is planned to coincide with the vote on Palestinian entrance to the United Nations. The first Durban Conference was held in Durban, South Africa in 2001, and the second, which was called the “UN Conference Against Racism,” was held in Geneva in 2009.

Many countries—including the United States, Canada, Australia and Israel—boycotted this second conference because of its blatant anti-Israel bias. The president of Iran, Mahmoud Ahmadinejad, made a speech on the last day of this conference in which he denounced Israel, equated Zionism with racism and denied the Holocaust. It was so bad that the representatives of the remaining European nations left the conference in protest.

What troubles me about the Durban Conferences is that they have a history of Israel-bashing that casts virtually all of the blame for the present conflict on Israel, and they also tend to recycle the old accusation that Zionism is racism. This situation must be bathed in prayer, and we should fervently intercede for the peace of Israel and all her inhabitants—Jewish, Arab, and others.

These are matters for deep concern, and I would like to share with you my perspective on these sensitive issues, which also reflects the historic position of Chosen People Ministries. I personally believe that the Land of Israel was given to the Jewish people by God as detailed in Genesis chapters 12, 15 and 17, for example. There are some more extensive articles on our website at www.chosenpeople.com/holyland and I hope you will read them and listen to the messages we have posted.

However, as much as I believe that Israel has the “divine right” to the Land, I also know that Israel will never merit the gift of the Land any more than you or I could merit the gift of salvation. I also believe that the Jewish people will never enjoy the full benefits and blessings of the Land until we turn en masse to Jesus as our Messiah (Zechariah 12:10). I look forward to that day… as do you!

The Priority of the Gospel

In order to place these current events in the context of biblical truth, I want to take a step back and clearly spell out our priorities as a Mission. Quite simply, we are called to bring the Gospel to Jewish people and to empower others to do so as well. Whatever the politics of the moment may be, I do not want you to think that our mission has changed, or that we have become more concerned with the stability of Israel than with the salvation of Jewish people—quite the contrary!

So, my dear friend, you might ask some questions: Why then are we so concerned about the U.N. resolution and about Zionism being equated with racism? Why are we encouraging our fellow believers to give serious consideration to the Bible’s words about the divine deed to the Land of Israel?

The answer is simply because I believe God still has His holy hand on the Jewish people, and that one day His promises of full restoration will come to pass (Romans 11:12-15).

I realize that many sincere Christians—including many who support Chosen People Ministries in our evangelism and discipleship work—hold differing views about the modern state of Israel and its relationship to the fulfillment of biblical prophecy. But we do not have to agree on every point of doctrine to believe that Jewish people, like everyone else, must receive Jesus as their Messiah in order to have a personal relationship with God.

This is certainly an essential belief for all of us, no matter what we think about the Land of Israel and the role of the Jewish people in God’s plan of redemption. Our dedication to sharing the Gospel with Jewish people is what unites us, and we must let nothing threaten our unity in this matter!

I maintain, however, that the nation of Israel and the return of Messiah are closely connected. Let me explain why. I believe that Christians’ support for the nation of Israel and the Jewish people is making a difference in Jewish evangelism, particularly in Israel. Paul makes it clear in Romans 11:11 that the Gentiles are to make Jewish people jealous and I believe that jealousy is provoked through the way in which Christians show their love for the Jewish people.

Many Jewish people still view Christianity through the lens of the Holocaust—a fact that is tragic, but true. Therefore, the outpouring of evangelical Christians’ love and support towards Israel has been gloriously remedial in helping my people understand that true Christians really do love the Jewish people. Christians have expressed their love for the Jewish people in tangible ways, and this has not been lost on the Jewish community.

Dear friend, let’s keep our focus on Jesus—the author and finisher of our faith. Let’s be faithful to the Word of God—both the Old and New Testaments. May we be His servants in reaching Jewish people in Israel and around the world with the message of the Gospel—preparing the way, through evangelism, for the fulfillment of God’s promises.

This is a big month for Israel and the Jewish people. Let’s pray without ceasing!

Your brother in Him, 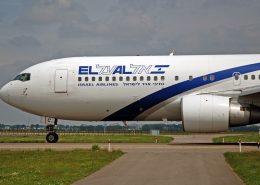 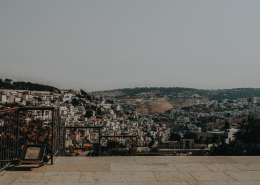 Israel’s Boundaries are at Stake
Scroll to top