I am greeting you with a Happy New Year because Jewish people around the globe recently celebrated the Jewish New Year, called Rosh Hashanah. This month, we begin the Hebrew year 5782. Jewish tradition dates the new year from when creation is believed to have taken place.

I was born into a very traditional Jewish home in Brooklyn, New York, and grew up in Queens. I am not quite old enough to be a Brooklyn Dodgers fan, but I became a Mets fan, which is almost mandatory if you grew up in Queens!

I spent my childhood in a tightly knit Jewish community. I had a large and loving extended Jewish family surrounding me, and almost all my friends were Jewish, as were most of the kids at school.

I had my Bar Mitzvah at the age of thirteen, as is usual for most Jewish boys. I studied at Hebrew school for five years in preparation for this major event and rite of passage. As part of our training, we read through the Bible, studied Hebrew and the Jewish traditions, and celebrated all the Jewish holidays at synagogue and at home.

The Jewish New Year is not like the secular New Year. In Leviticus 23:24-25, you will not find the words “new year” used to describe the festival; instead the Bible describes the day as the blowing of the trumpet. On this day, according to the rabbis, God opens the books of life and death. Jewish people have ten days to get right with God, so the Jewish New Year begins a sobering and serious season of reflection. The trumpet blown on Rosh Hashanah is called a shofar (a ram’s horn) in Hebrew, and it is sounded to call the Jewish people to repentance before the Day of Atonement, the most sacred day of the Jewish year that follows ten days later.

According to Leviticus chapter sixteen, the high priest offered sacrifices of a bull and a goat on the altar. He then sprinkled the blood on the mercy seat to make atonement for sins not previously atoned for because of disobedience or ignorance. It was only on this day of Yom Kippur that the high priest stepped into the Holy of Holies, beyond the veil, and did what human beings could never do for themselves. The Hebrew Scriptures clearly teach that none of us can do anything to merit forgiveness of sin. The “making of atonement” is always done by someone other than ourselves.

The Ten Days of Awe

At the end of these ten days of repentance (known as the Days of Awe), we sound the shofar once again. Tradition tells us that God shuts the books of life and death as His last act on the Day of Atonement. At that moment, the fate of every Jewish person is sealed for the coming year. If we performed an adequate number of good works and thoroughly repented of our sins, then we will have a good year and find favor with God. If not, we will experience some type of judgment during that year. The results of our efforts—repentance, prayer, and fasting—last only a year as the process must be repeated annually.

However, as believers in Messiah Jesus, we have complete confidence that Messiah died for our sins “once for all,” according to Hebrews 7:27. We are forgiven! That is the reason I wish my believing friends a Happy New Year and Day of Atonement.

The psalmist promised that one day God would remove our sins as far as the east is from the west (Ps. 103:12). In Jeremiah 31:31–34, the prophet told us that the day is coming when the Lord will write His law on our hearts and forgive our sins. This hope of forgiveness caused the Jewish people to look forward to this great day of redemption throughout the darkest periods of Jewish life.

The Prophecy of the Binding of Isaac

The binding of Isaac in Genesis chapter twenty-two presents a beautiful prophetic portrait of this predicted hope of an ultimate sacrifice for sin. In this chapter, which is read every year in synagogues on Rosh Hashanah, God asked Abraham to climb Mount Moriah and sacrifice his son, Isaac.

Upon their arrival, Abraham bound his son and laid him on the altar. At that moment, I am sure Isaac thought his question was answered and that he was the sacrifice. But when the patriarch raised his knife, the angel of God stopped him!

The angel of the Lord called to him from heaven and said, “Abraham, Abraham!” And he said, “Here I am.” He said, “Do not stretch out your hand against the lad, and do nothing to him; for now I know that you fear God, since you have not withheld your son, your only son, from Me.” (Gen. 22:11–12)

Abraham looked toward the bushes and saw a ram caught in the thicket by his horns, and he sacrificed the ram instead of Isaac (Gen. 22:13). The horns that trapped the ram are why in traditional Judaism we sound the shofar on Rosh Hashanah. Hearing the sound from the ram’s horn reminds us that God provides the sacrifice.

We also understand that the Temple, the holy place where God ordained sacrifices to be made, was built on this same Mount Moriah. “Then Solomon began to build the house of the Lord in Jerusalem on Mount Moriah, where the Lord had appeared to his father David, at the place that David had prepared on the threshing floor of Ornan the Jebusite” (2 Chronicles 3:1).

My heart of faith wholeheartedly believes that Genesis chapter twenty-two points to Jesus. He is the beloved Son of the Father, just as Isaac was Abraham’s promised beloved son. Jesus was willing to lay down His life, but unlike Isaac, who was spared, Jesus was slain. Ultimately, He was crucified and died on this same mountain range within eyesight of the Temple Mount where many thousands of animals were sacrificed between the almost-death of Isaac and the atoning death of our Messiah Jesus.

Abraham named the sacred site, as described in verse fourteen, “Abraham called the name of that place The Lord Will Provide, as it is said to this day, ‘In the mount of the Lord it will be provided.’” He identified God Himself as the provider of the one sacrifice that really counts! In the fullness of time, God allowed His Son to die on a cross made of unhewn wood to accomplish what neither the potential sacrifice of Isaac nor the blood of bulls and goats for centuries could ever achieve. It was on Mount Moriah where God provided the gift of His only beloved Son, and it is through His shed blood that, by faith, we find everlasting atonement for our sins. We have peace with God through the death of Jesus, who died and rose for our sins.

As the Apostle Paul wrote, “Therefore, having been justified by faith, we have peace with God through our Lord Jesus Christ” (Romans 5:1).

He did not stop there, though. The rabbi from Tarsus continued:

For while we were still helpless, at the right time Messiah died for the ungodly. For one will hardly die for a righteous man; though perhaps for the good man someone would dare even to die. But God demonstrates His own love toward us, in that while we were yet sinners, Messiah died for us. Much more then, having now been justified by His blood, we shall be saved from the wrath of God through Him. (Romans 5:6–9)

Having embraced this great salvation through the Messiah Jesus when I was nineteen years old, I can tell you that it is true, and this decision changed the way I have observed the Jewish high holidays for all these years. I personally know the joy of forgiveness, and I hope you do as well!

Please pray for Your Mission to the Jewish People as we proclaim the glorious message of Yeshua’s atoning work as prophesied in the Hebrew Scriptures. I also hope this will help you pray for your Jewish friends. Please pray, as we share the message of salvation through the “greater” son of Abraham during the rest of this month. Finally, please pray the Lord will open the eyes of our beloved Jewish people to see that He is the true Messiah for all.

Thank you for your prayers and support of our 127-year-old ministry among the Jewish people. Your partnership is deeply appreciated.

P.S. We have a beautiful Chosen People Ministries calendar that you can order. Click here now to request this beautiful calendar, which will help you learn more about the places in Israel where Jesus walked and enable you to dig deeper into the Jewish background of your faith.

Whenever the Israelites had the privilege of encountering the living God, they were terrified: “Woe is me, for I am ruined! Because I am a man of unclean lips . . . . My eyes have seen the King, the Lord of hosts,” the prophet Isaiah exclaimed in terror (Isa. 6:5). Imagine what it would have been like to see what Isaiah saw—to experience the depth of his shame before the holy God!

The Israelites at Mount Sinai had a similar experience. Each of them visually experienced the glory of the Lord “like a consuming fire on the mountain top” (Exodus 24:17), and they learned that “the Lord your God is a consuming fire, a jealous God” (Deuteronomy 4:24). Here is how Exodus describes the people’s initial response to their experience of God:

All the people perceived the thunder and the lightning flashes and the sound of the trumpet and the mountain smoking; and when the people saw it, they trembled and stood at a distance. Then they said to Moses, “Speak to us yourself and we will listen; but let not God speak to us, or we will die.” (Ex. 20:18–19)

The people were ill-prepared to stand in the presence of God. After reassuring them of God’s purposes, Moses alone climbed to the top of Mount Sinai to hear from God (Ex. 20:20–21). God spoke to Moses (v. 20:22ff.) and later “face to face, just as a man speaks to his friend” (Ex. 33:11). Although God desired a close relationship with all Israel, the relationship between Moses and God was unique and intimate. At the request of the people (v. 20:19), God allowed Moses to stand in an intercessory place between Him and the nation… 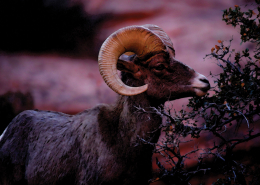 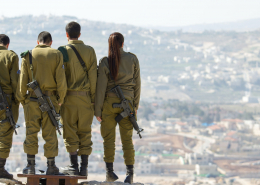 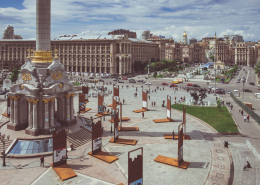 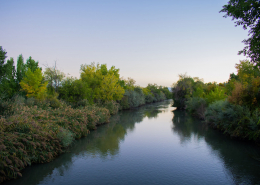 Share the message of Messiah— through your generous support!

You are helping to evangelize, disciple, and serve Jewish people here in the United States and in eighteen other countries around the world, and we are so grateful! Your heart for Jewish ministry is the reason we want to be sure you are aware of a great way to fuel this passion.

You can donate appreciated assets, such as stocks or property, to Chosen People Ministries. This way you can likely make an even greater impact than if you sell the assets and donate the proceeds.

Just look at the advantages of donating appreciated assets: