The Future of Israel | Inside Israel | Chosen People Ministries

Is Israel the Promised Land?

In Genesis 12:1, God tells a childless seventy-five-year-old man and his sixty-five-year-old wife, “Get out of your country, from your family and from your father’s house, to a land that I will show you.” The land of Ur was a thriving metropolis at the time when Abraham was told to leave it – and the land of Canaan, where God was sending Abraham, was a virtual wasteland in comparison. Yet Abraham obediently left with his wife and their little entourage.

Then, in Genesis 12:2, God makes a startling promise: “I will make you a great nation.” Since no sixty-five-year-old woman is able to give birth by natural means, God would make a nation by supernatural means. This was something that Abraham and his wife Sarah did not understand, as evidenced by their attempt to fulfill the promise through Hagar, Sarah’s Egyptian maid, and the birth of Ishmael.

Those who would replace Israel with the Church also do not understand the supernatural creation of the nation of Israel. A ninety-year-old woman having a baby fathered by a one-hundred-year-old man is just as miraculous as a virgin teenage girl giving birth.

Later in the verse, God promises that Abraham’s name would be great and that he would be blessed and be a blessing to others. Then, in verse three, God promises blessings for those who bless Abraham and his seed, and curses for those who curse Abraham and his seed. In Abraham, all the nations of the earth would be blessed; this is clearly fulfilled with Jesus the Messiah two thousand years later.

Does God promise land to Abraham’s seed? Genesis 15:18 states, “On the same day the Lord made a covenant with Abram, saying, ‘To your descendants I have given this land, from the river of Egypt to the great river, the river Euphrates.'” Clearly, there is a promise of land – an area that is much greater than the country of Israel today. This promise was later confirmed to Isaac and Jacob as well (Gen. 26:3, 28:13).

The Mystery of Deuteronomy 28

At the conclusion of the Torah, God promises to give Israel “the land” and to elevate the nation above every other nation of the earth (Deut. 28:1). This promise reiterates God’s covenant with Abraham to give Abraham’s descendants the land stretching from the Wadi of Egypt to the Euphrates (Gen. 15:17-21). Although God reinforces His promise to Abraham, His restatement also suggests that Israel’s possession of the land depends on the nation’s consistent obedience (Deut. 28:2).

If the nation chooses to rebel against God, He warns the people that their disobedience will lead to their ruin; God will uproot them from their land and scatter them amongst their enemies (Deut. 28:58-68). This ultimately raises the question as to whether or not Israel’s disobedience invalidates God’s promise of a national homeland for the Jewish people. If the Torah ended with this warning, then it would appear that God’s relationship with the Jewish people is dependent upon the nation’s obedience. This is not, however, the complete story.

God establishes a covenant with Israel, despite knowing the nation will shortly rebel against their Redeemer and begin worshipping other gods (Deut. 31:20). God consistently seeks to restore His relationship with the nation, promising to return Israel to her land and restore the fortunes He took from their ancestors (Deut. 30:1-10). The Torah warns about the consequence of national disobedience, but also prescribes a means of restoration to the land. Even after exile into Babylon, the prophets anticipate a time when God will forgive Israel and restore the nation to the land He promised Abraham (Ezek. 36:16-38).

Therefore, Israel’s rebellion does not nullify God’s promises to the nation. Although Israel’s disobedience will result in temporary removal from the land, the Hebrew Bible repeatedly depicts the land of Israel as the rightful possession of the descendants of Abraham. In so doing, God maintains His relationship with Israel and gives His people a homeland to demonstrate His unending love.

It is important to take God’s promises literally. The Lord will save His people and fulfill His promises to the Jewish people.

The Future of Israel According to Moses

The fourth chapter of Deuteronomy, when viewed in light of the travails of the Jewish people throughout much of their history, is one of the most sobering passages of the Hebrew Scripture. Set at the moment when the children of Israel are poised to enter and occupy the Promised Land, these verses are part of the account of Moses’ exhortations and warnings to them at this momentous turning point.

Here we find Moses reminding the children of Israel that although God’s promises are bestowed by grace, their benefits are maintained by faithful obedience—and may be forfeited, at least temporarily. First and foremost among Moses’ concerns is that Israel remain true to the God of their redemption, and that they resist the temptation to fall into the sin of idolatry. If they fail in this respect, “The Lord will scatter you among the peoples, and you will be left few in number among the nations where the Lord will drive you.” (Deut. 4:27)

Jewish history has been, in large measure, a record of this prophetic word; suffering in exile has been Israel’s unhappy lot on more than one occasion. The bitter fruit of landlessness has cost the Jewish people dearly, as they have been vulnerable to oppressors, mocked and reviled.

Yet even in the midst of chastisement, the Lord is faithful to extend an open hand: “But from there you will seek the Lord your God, and you will find Him if you seek Him with all your heart and with all your soul… He will not forsake you nor destroy you, nor forget the covenant of your fathers which He swore to them.” (Deut. 4:29, 31)

The Apostle Paul emphasizes this foundational truth concerning the Jewish people in his letter to the Romans: “I say then, have they stumbled that they should fall? Certainly not…for the gifts and the calling of God are irrevocable.” (Rom. 11:11, 29)

Among those gifts is the restoration of Israel, whose fullness will be revealed and perfected through faith in the Messiah who has never forsaken her, even in the darkest moments of her troubled history. 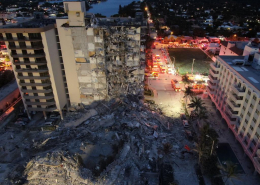 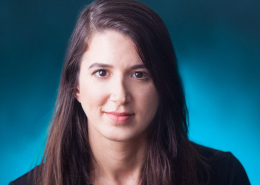 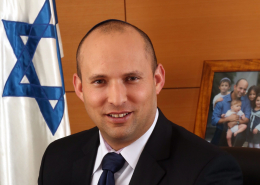 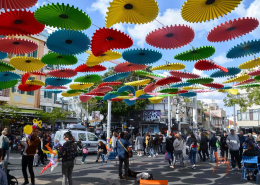 Chosen People Ministries exists to pray for, evangelize, disciple, and serve Jewish people everywhere and to help fellow believers do the same. The mission was founded in Brooklyn, New York in 1894 by Rabbi Leopold Cohn, a Hungarian Jewish immigrant with a zeal to share the knowledge of Yeshua (Jesus) the Messiah with God’s chosen people.