Shalom is the Hebrew term most often translated peace. It also means “hello” and even goodbye! Beyond its everyday use, shalom also conveys the timeless hopes of the Jewish people looking toward the day when Messiah comes and reigns on His throne. In that day, as Isaiah prophesied (2:4; 11:6), the wolf will lie down with the lamb, instruments of war will be transformed into instruments of farming and nations will live together in total harmony!

As believers in Jesus, it is wonderful to know that we have peace with God today (Romans 5:1) because the Prince of Peace dwells in our hearts! We also look forward to experiencing the glorious fullness of His shalom when He returns. Until then, we will live in an imperfect, sin-tainted world where we have the joy of serving as His ambassadors of the coming Kingdom.

We also understand that when we pray for the peace of Jerusalem, as David described in Psalm 122:6, we are in fact praying for the Lord to bring His peace through the Messiah to the hearts of individuals as well as to cities and nations fractured by war and seemingly unsolvable conflicts.

The challenges to peace in Israel today are geo-politically complex but also spiritual in nature. The Bible predicts that Israel’s conflicts with her neighbors will continue and grow more intense until the Messiah returns. We will continue to hope, pray and work towards temporary solutions, as every single day without war is a mark of His presence and grace. Yet true and lasting peace in the Middle East is ultimately impossible without the Messiah.

So how should we pray and work for the peace of Jerusalem today—before He comes?

Your mission to the Jewish people is bringing the message of peace and hope to the Middle East by bringing the Gospel to Israelis, and we see the Lord bringing peace to individuals throughout the Land of Israel—day in and day out! Every Jewish person who comes to faith in Jesus today is a signpost of His mercy, evidence that He has not forgotten His chosen people (Romans 11:25-29) and that one day—in His time—He will return to fulfill the remaining promises in His Word.

Please allow me to share a few stories, which I hope will encourage you to continue praying for and believing that God can indeed bring peace to a troubled land. These are stories of individual Israelis who have found the only peace that will ever last—the “peace that passes all understanding” that the Gospel promises.

Henry N.—From Slavery in Addiction to Freedom in Messiah’s Service

Henry N. (1962-2017) was born in Moscow to a well-known family of musical prodigies. His extraordinary prowess as a pianist seemed to promise a great career for young Henry. However, drug and alcohol addiction dogged his steps from his youth. He tried every avenue of help—from psychiatry to hypnotism—to free himself. For a time, suicide seemed the only way out. In 1991, Henry and his wife, Irena, decided to relocate to Israel. Henry continued to abuse alcohol while Irena worked two jobs to support them. Despite a change of scenery, the old patterns persisted.

One day while reading the newspaper, Henry and Irena noticed an announcement about a meeting being held by Jewish believers. Now desperate for any lifeline, Irena urged Henry to attend. For the next two months, they did not miss a single meeting at Chosen People Ministries’ Messianic congregation near Tel Aviv. Finally, in September of 1991, Henry received Jesus as his Messiah and was immediately healed of his alcoholism and drug addiction. Two months later, Irena also received the Messiah. Soon after coming to faith, in 1995 Henry and Irina joined the staff of Chosen People Ministries. They served in congregational ministry in the West Bank city of Ariel, blessing the people there with their extraordinary gift of music.

Henry and Irena’s two children, Adi and Magda, are also exceptional musicians. Their son Adi has already won various awards and is viewed as one of the finest young pianists in Israel. What a marvelous testimony this young man—who is a committed believer—will have! Pray for Adi and Magda, before losing their father Henry to cancer in 2017, they also lost their mother to cancer in 2013. They have been living with Michael and Natalie Z. in Jerusalem.

Racheli S.—Born in Israel and Born in Messiah

Born and raised in the town of Bat Yam, just south of Tel Aviv, Racheli S. grew up in a traditional, religious Jewish home. Her parents had immigrated to Israel; her mother came from Canada and her father, a Holocaust survivor, came from Germany. Her testimony bears witness to the way the Lord is able to draw people from around the world to serve His sovereign purpose. While walking in her neighborhood with a girlfriend, she met a young man from Ghana who was studying at a local university. A friendship began, and through this young man, who was a believer, Racheli was drawn to visit a congregation where African foreign workers worshiped. Racheli enjoyed the worship, particularly the music, and the Lord began speaking to her through her African friend as well as through a young German woman who was also a student. Racheli became increasingly open to the Gospel. She was particularly impressed by the connection between Yeshua (Jesus) and the prophets of the Hebrew Scriptures, which helped her to see the Jewishness of the Gospel message. She received the Lord in 1990.

Several years later, she met Brian, who was originally from Los Angeles and had moved to Israel. They were married in 1997. Brian is currently the managing director of Chosen People Ministries’ soup kitchens and related ministries in Netanya. Racheli serves as executive secretary for a Messianic retreat center in the Tel Aviv suburb of Petach Tikvah. They have three young children who are being raised as Israeli Messianic Jews! The family attends one of the wonderful Israeli Messianic congregations in the beautiful seaside town of Netanya.

Offering the Lord’s Message to All Who Will Hear

I wish I could tell you that we have discovered the secret to solving the political problems in Israel. But this much I (and many other Jewish people) do know: Yeshua is the One who offers eternal shalom. It is through His death and resurrection that you and I—as well as Israelis and Arabs—have the opportunity to know God’s peace in our hearts. The Good News is this: His peace is available now if we receive Him as our Lord and Messiah!

This is what your Mission to the Jewish people is all about. We are bringing the Good News of reconciliation with God to Jewish communities in Israel, Brooklyn, Los Angeles, Chicago, Berlin, and many other cities around the globe—one precious person at a time, heart to heart and home to home. This has been our mission for 117 years and hopefully will continue until He comes!

I want to remind you of one theme that shines through both testimonies above: the theme of legacy! I cannot tell you how excited I am about this new generation of Jewish believers in Jesus—raised in godly Messianic homes—emerging as talented young people, committed to Jesus and to making a difference for the Lord in the days to come. I wish I could introduce you to all the children of our staff around the world and to their friends. We are witnessing an explosion of Messianic Jewish young people who are zealous for the Lord.

This is why I am so enthusiastic about our camping and internship programs, youth retreats, the Charles Feinberg Center for Messianic Jewish Studies and other leadership ministries sponsored by Chosen People Ministries. I believe we are entering a new day and I am expectant and hopeful that the Lord is going to use many young Jewish and Gentile believers in Jesus to be His instruments of peace in a broken world.

Thank you for helping us bring His peace to the Jewish people! 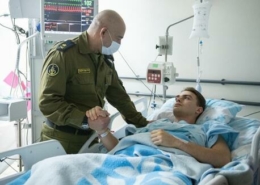 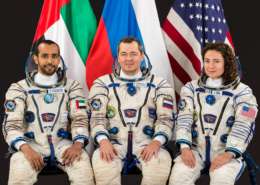 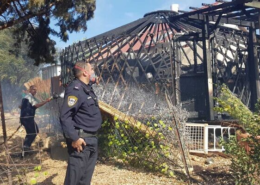 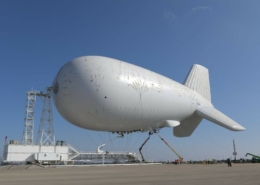 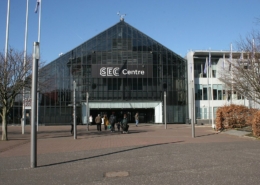