Who are some well-known Jewish believers in Jesus?

There have been many famous Jewish believers in history. Many of them honor their Jewish heritage in personal testaments of faith. This list includes material compiled by my colleague, Mottel Baleston, for the Association of Messianic Congregations.

Immanuel Tremellius was a Hebrew scholar who became Professor of Hebrew at Cambridge University in 1548. He was later a Professor of Theology at Heidelberg University and produced an important Latin version of the Jewish Scriptures.

Esdras Edzard was a Hebrew and Talmudic scholar who earned a university doctorate and did extensive work to help the poor. From 1671 to 1708, he was considered a saintly presence among the Jewish community of Hamburg.

William Herschel was a distinguished scientist of the early 19th century who was credited with many astronomical discoveries, but is best known for discovering the planet Uranus. Herschel was also a famous musician, and his compositions – particularly those for woodwinds – are still played today.

August Neander (literally “new man”; born David Mendel) was a famous Professor of Church History at the University of Berlin in the early 19th century. He is considered the father of the modern study of Church History and wrote the foundational multi-volume work on that subject.

Isaac da Costa and his wife Hannah came to faith in Holland in the early 1800s along with their friend Abraham Capadose. Da Costa’s name is famous among the Dutch as one of the nation’s greatest poets, and Capadose went on to become a leading physician. Da Costa wrote of his Jewish heritage: “In the midst of the contempt and dislike of the world for the name of Jew I have ever gloried in it.”

Michael Solomon Alexander was an English Rabbi who came to faith in Messiah in 1825. The British Parliament appointed him the first Anglican Bishop of Jerusalem. He built the first Protestant church in the Middle East, Christ Church, which still stands in the Old City of Jerusalem and hosts a Messianic congregation.

Felix Mendelssohn-Bartholdy, a man of devoted faith, was grandson of the famous Jewish philosopher Moses Mendelssohn and one of the greatest musicians and composers of the 19th century. His numerous famous works include the Reformation Symphony.

Benjamin Disraeli is best known as the 19th century Prime Minister of England who built the Suez Canal (with funding from the Rothschilds). He was also a very popular author who never hid his Jewish ancestry. He once told Queen Victoria, “Your Majesty, I am the blank page between the Old Testament and the New.”

Henri Bergson, the brilliant French philosopher, won the 1927 Nobel Prize for Literature. He had been a Christian since 1921. Frail from rheumatic pain at age 81, he shamed the Nazi occupiers of Paris by demanding an armband to identify himself as a Jew.

Morris Zeidman immigrated to Canada from Poland as a young man. After coming to faith, he became a Presbyterian missionary in Toronto. During the Depression, he and his wife, Annie, had an effective ministry to the poor that still continues as the renowned Scott Mission. Their ministry also assisted Jewish survivors in Europe and North America after World War II. Zeidman was named Canadian of the Year in 1961.

Israel Zolli was Chief Rabbi of Rome and played a key role in convincing Pope Pius XII to protect the Jews of his city from deportation to Nazi concentration camps. Zolli revealed his faith in 1945, after the persecutions had ended. He said: “No one in the world ever tried to convert me… [my faith] was a slow evolution, altogether internal.”

Jay Sekulow is founder and chief counsel for the American Center for Law and Justice. He has successfully argued many cases before the Supreme Court. He wrote, “I’d always thought my cultural Judaism was sufficient, but in the course of studying about the Messiah who would die as a sin bearer, I realized that I needed a Messiah to do that for me.”

This is a very partial list and does not represent many women of faith. However, one should note that the wives of three of the most famous Christians of the 20th century were Jewish believers: Helene Bresslau, wife of Albert Schweitzer (famous missionary doctor); Geneviève Favre, wife of Jacques Maritain (leading Catholic theologian) and Joy Davidman, wife of C.S. Lewis (Cambridge professor; author of the Chronicles of Narnia). Joy Davidman inspired Lewis’ autobiography entitled Surprised by Joy and was a distinguished American poet and author in her own right. 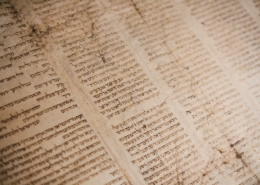 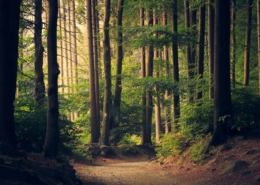