The apostle Paul wrote, “For I am not ashamed of the gospel, for it is the power of God for salvation to everyone who believes, to the Jew first and also to the Greek” (Romans 1:16, emphasis added).

He also lived out this priority. Paul called himself the apostle to the Gentiles (Romans 11:13). Still, he consistently preached to his own people first (see Acts 13:5; 14:1). The good news of the Messiah Jesus came first to the Jewish people. From there, the message has spread to all the nations of the earth. Though Jesus came to Israel and His earliest followers were Jewish, few Jewish people today believe in Jesus. The gospel is still “to the Jew first.” It was to Israel that God gave the Scriptures and the promise of the Messiah (Romans 9:4–5). Jewish people are the original and most natural recipients of the blessings we enjoy in Messiah. When we prioritize Jewish evangelism, we are following the example of Paul and Jesus Himself. Matthew records Jesus saying, “I was sent only to the lost sheep of the house of Israel” (Matt 15:24), and as He approached Jerusalem, Jesus wept because most of its people would not recognize Him (Luke 19:41).

Paul, likewise, was heartbroken that so many among his people did not believe in Jesus. He wrote, “I have great sorrow and unceasing grief in my heart. For I could wish that I myself were accursed, separated from Messiah for the sake of my brethren, my kinsmen according to the flesh, who are Israelites . . .” (Romans 9:2–4). 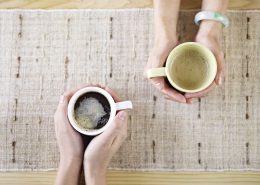 Though Paul is considered the apostle to the Gentiles, he still saw Jewish evangelism as a priority! Watch as Dr. Mitch Glaser unpacks what we can learn from Paul’s letter to the Romans.

A Biblical Strategy for Jewish Evangelism

What Can the Local Church Do about Jewish Evangelism?

Have more questions about whether the Jewish people are God’s chosen people?

You can start a conversation with us here. To the Jew First Sharing Jesus in a Jewish Way The Heart of the Apostle

Do you believe it is important to share the gospel with God’s chosen people? Partner with us!

Who Are the Chosen People?

Why Love Israel?
Scroll to top