The topic of “Modern Day Antisemitism” is critical – particularly with regard to its impact upon Jewish evangelism. This is not an easy subject, and it is one we would probably prefer to avoid, but to do so would be at our own peril. I believe that honestly addressing this issue will ultimately help the cause of Jewish evangelism.

The Upside-Down Picture in Warsaw

My desire to address this difficult topic grows out of a recent experience my wife and I had on a trip to Warsaw. We traveled to Poland to spend time with our Chosen People Ministries partners in this country, which has been so important in the life and history of the Jewish people.

We also wanted to visit the remnants of the Warsaw Ghetto; this was a sad and moving experience. As you might know, more Jewish people were killed in Poland during the Holocaust than in any other country in Europe. Before the war, there were 3.5 million Jewish people living in Poland – and now there are less than 20,000! Among the millions of Polish Jews who died in the Holocaust were thousands of Jewish believers in Jesus. My wife and I wanted to learn more about these heroes of the Holocaust who died in Auschwitz, Treblinka and in the Warsaw Ghetto itself.

While there, I had the opportunity to preach in a Polish church and even had the joy of witnessing to an elderly Polish Jewish man who had survived the war and was not yet a believer. We need to pray for Jewish evangelism in Poland, as there are still thousands of Jewish people there who need to be reached with the Gospel!

Our time in Warsaw was personally significant for my wife and me, as many of our relatives were killed in the Holocaust as well – but nothing compares to the chilling experience we had one evening when we went out to eat in downtown Warsaw with our ministry’s representatives in Poland.

The meal was delightful and the service was excellent! But as we were leaving the restaurant, my eyes were drawn to a very strange sight.

There was a picture of an Orthodox Jewish man on the wall that was actually turned upside down. I asked our Polish hosts what it meant, and they told me that this was common in Poland. They said that Poles sometimes hang a picture of a Jewish person in their place of business in order to assure themselves of good financial fortune. In other words, they believed that the presence of a Jewish visage would give them better business! I was thunderstruck by the very idea of this and asked the obvious question, “Then why is the picture turned upside down?”

Their answer took my breath away. They told me that many Poles still dislike Jews and so, even though they wanted the Jewish picture for good luck, they still wanted to indicate their dislike for the Jewish people by turning the picture upside down.

I was horrified, and I hope that the Poles who practice this custom will renounce it.

The Impact of Historic “Christian” Antisemitism

My grandparents, who survived the war, came to the United States from Poland and told me that the Poles did not like the Jews. Perhaps this is true – although I also heard many stories about Poles who hid Jewish people and even about priests who lost their lives because they hid Jews during the Holocaust. And of course, the reason my wife and I were in Poland was because there are believers who today have a great love for the Jewish people.

Still, there is no denying that there is a very powerful antisemitic element that runs deep within the culture of European Catholicism and Orthodoxy. The Catholic Church has recognized this, which was one of the reasons for Vatican II and the various statements of repentance in recent years disavowing historic antisemitism. The ways in which more traditional Protestants treated the Jewish people in Eastern and Western Europe were not much better, as they inherited most of the same views as the Catholics and Orthodox.

I know there is hope, because I am Jewish and I believe in Jesus! Let me offer a few suggestions on how true followers of Jesus can overcome the dark history of “Christian” antisemitism and reach Jewish people with the message of God’s love through the Messiah Jesus.

Make sure your Jewish friend knows that you do not represent a religion, but rather a person – a Jewish person – Jesus the Messiah.

Additionally, try to communicate that following Jesus is not something you are born into, but rather a matter of personal choice – which you had to make as well. Make sure your Jewish friend knows the difference between a real born-again believer and the types of “Christians” who persecuted Jewish people. Sharing your personal testimony will be helpful.

The dark historical clouds that shroud the light of the Gospel from Jewish eyes can be dispelled by your love. Find ways to prove history wrong and to demonstrate that true believers in Jesus love the Jewish people. Show kindness and concern for your Jewish friends. Respect them when they explain why they cannot believe in Jesus and meet their objections with patience and understanding. Their willingness to consider the claims of Jesus may not happen quickly; time and many positive experiences may be needed to change their attitudes towards the Gospel message.

Be Sensitive to Jewish Life and Concerns

Since your Jewish friend may not expect you to understand the Jewish faith, take the opportunity to astound them with your knowledge of the Old Testament and of issues that concern the Jewish people. Express a love for Israel, send cards on the Jewish holidays, and if antisemitism erupts in one way or another in the world or in your community, tell your Jewish friend that you want to stand with them against this evil.

Do not allow this overwhelmingly negative history to keep you from sharing the Good News with your Jewish friend.

Most importantly, remember to pray that your Jewish friend will be able to overcome this obstacle through the power and presence of the Holy Spirit. After all, God loves your Jewish friend even more than you do! And touching the heart of your Jewish loved one is His work, not ours…so prayer is the key to Jewish evangelism. As the Apostle Paul writes,

Brethren, my heart’s desire and my prayer to God for them is for their salvation (Romans 10:1). 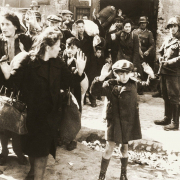