A Look Inside Israel With all that is happening around the globe, Chosen People Ministries still has our eyes fixed on reaching the worldwide Jewish community with the gospel of Messiah. This issue of The Chosen People shines a spotlight on the continuing efforts of our Israeli staff to share Jesus with His people.

We are now focusing on training Messianic Israeli women who are excited to spread the good news. In Israel, women play a significant role in evangelism. Recently, one of our staff members working with Chosen People Ministries in Israel shared her excitement over the next generation of Israeli Jewish female believers and their significance in spreading the good news of the Jewish Messiah.

Believing in Jesus and living in Israel does not hinder the possibilities for women in ministry; on the contrary, it opens many doors of opportunity. After high school, military service is mandatory for every Israeli, male or female. The countless needs that arise during army service create numerous areas of ministry for female believers. Some believing women have had the opportunity to become officers in the army and air force or serve in particular areas with high-level commanders. After the mandatory two-year requirement, the IDF has even invited some women to continue their army service. They have boldly shared their faith with others around them without compromising their positions. In some situations, they have been able to train fellow believers to take over their positions once their service is complete.

Like most Israelis, many of these believing women desire to travel after their mandatory army service and get away from Israel for a time to decompress. But instead of choosing just any country to visit, they usually decide to go to places where they can serve the Lord among their fellow (but secular) Israelis. They have spent time in countries like New Zealand, India, Thailand, Peru, Argentina, and many others—all of the most popular places where Israelis tend to travel to seek a time away from Israel. They have joined and even trained groups traveling specifically to speak to Israeli backpackers. These women serve in hostels, campgrounds, and even coffee shops that Chosen People Ministries has explicitly established for ministry to backpacking Israelis. They often lead small groups and share the gospel in these places.

When these believing women return from their world travels, they often decide to attend university. They view education as necessary for their future, as it gives them the ability to serve, care for others, and work in an unbelieving world. As a result, many of them study at the graduate level and complete degrees in various areas, including clinical psychology, nursing, medicine, biochemistry, physical therapy, social work, archaeology, Jewish history, law, and special education. Ultimately, they all end up in positions to share their faith and their lives with those around them. It is exciting to see how God is leading this new generation of young women who love the Lord and dedicate their lives to serving Him with all their hearts, minds, and souls.

Reports like that are so encouraging! God will work through our environments to change the world for Messiah.

About a year ago, while visiting my mom in Haifa, my wife and I accidentally ran into some friends who had become like family to us. We had met them years prior at a Bible study we had started while living in Haifa. Unfortunately, shortly after we went back to the United States to complete my studies, the next Bible study leader decided that he could not continue with that ministry, and the group dissolved. Our friends’ kids grew up and had families of their own, and they had two more children since we last heard from them. Spiritually, however, they were not in the best shape. The parents recently left their church, and their children were not walking with God. My wife and I prayed and felt that we needed to help this family get back on track with the Lord. So, we began traveling once or twice a week from Jerusalem to Haifa (almost 100 miles each way) to study the Bible, pray, and counsel them.

The results were incredible. Other people who were part of that Bible study group we led years ago reappeared in our lives. Several of them have joined our new Bible studies on Zoom, and we also started to meet regularly with some of them in person. During the summer of 2021, a dozen people from the new group accepted Yeshua as Lord of their lives and were baptized. We soon realized that God wanted us to relocate to northern Israel and start a new ministry there. It took us several months before we could rent a house where we could live and host our young congregation, which already consisted of almost thirty people. The house is in a village in the Jezreel Valley, between Haifa and Yokne’am, a few miles away from Megiddo. Public transportation to our home is wonderful, and there are many highway exits to the area. It makes the meeting place an easily accessible destination for those who live in these two cities and for people from nearby Kiryat Tiv’on and Afula.

We currently have meetings on Friday, including a Kabbalat Shabbat service and a Bible study followed by fellowship and a potluck. On Monday evenings, I teach a youth group. Those who cannot attend in person join us via Zoom (we still have several people who live in Jerusalem and even further away who requested to be a part of our meetings).

Of course, our congregation is relatively young, and we have not yet chosen a name for it. Still, we are trying to mature spiritually to become a beacon for the Messiah Yeshua so that His Name will be glorified in Israel and particularly in the Jezreel Valley. Through our years in God’s service, we have had the blessing of witnessing many moments when people gave their hearts to the Messiah. We certainly love to play the role of God’s “midwives” by being an active part of “delivering” new spiritual children into His family. We have never seen the level of openness and willingness to accept Yeshua as Savior as we have during our recent time in Haifa.

Throughout the land, God is on the move! We have staff establishing a work in the Golan Heights and a team working with the Bukhari Jewish community who were originally from the region of the former Soviet Union now known as Uzbekistan.

Our Greater Tel Aviv Messianic Center is also in full swing, reaching the secular Jewish communities on the Mediterranean coast. This outreach hub in Ramat Gan is a perfect complement to our Jerusalem Messianic Center in the heart of the German Quarter. Many of our ministries use one of these two locations as a base of operations, including our ministry to Holocaust survivors, food and clothing distribution ministries, Bible studies, and so much more!

Not the least of which is our concerted effort to help the refugees from Ukraine who have made aliyah to Israel. We continue to search for additional housing for these displaced Jewish Ukrainians, who often come with only the clothes they are wearing.

God is good, and He is providing for His chosen people worldwide. His provision includes sending messengers who will share Messiah with them (Romans 10:14). As the reports above indicate, these “preachers,” as the apostle Paul calls them, include our missionaries as well as Jewish people who have become followers of Jesus. However, also counted among them are those Gentiles whom God has called to make Israel jealous by their faith in the God of Abraham, Isaac, and Jacob and His Son, Yeshua, the Jewish Messiah.

To that end, Chosen People Ministries continues to evangelize Jewish people everywhere, discipling and training both Jewish and Gentile believers to do the same. One day, we know that “all Israel will be saved” (Romans 11:26). But, until that day comes, we still have work to do! 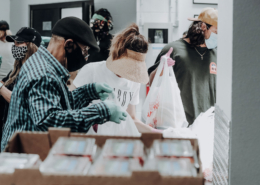 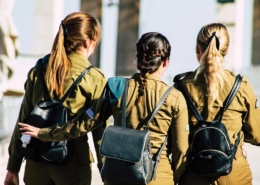