It is hard to believe that Your Mission to the Jewish People is entering its 125th year of faithful service to the Lord in bringing the gospel to the Jewish people. We were founded by Rabbi Leopold Cohn who came to the United States from Hungary in 1892, and who, through a series of incredible events, accepted Jesus as his Messiah.

Rabbi Cohn heard, believed, and was transformed by the gospel. He studied theology in Scotland and returned to the United States, establishing his new ministry in Brownsville, Brooklyn, which at the time was a very underdeveloped neighborhood mostly populated with eastern European Jewish immigrants. These Jewish immigrants fled persecution and suffering and yearned for the freedom and opportunity offered by the United States, which they knew as the “Golden Land.”

For 125 years we have continued to follow the rabbi’s vision and the vision for the world held by Jesus Himself! He called us to make disciples by bringing the gospel to both Jews and Gentiles. But this vision is not only about winning people to the Lord but also about discipling them, baptizing them, and teaching those who believe so that they become mature in their faith and make other disciples. 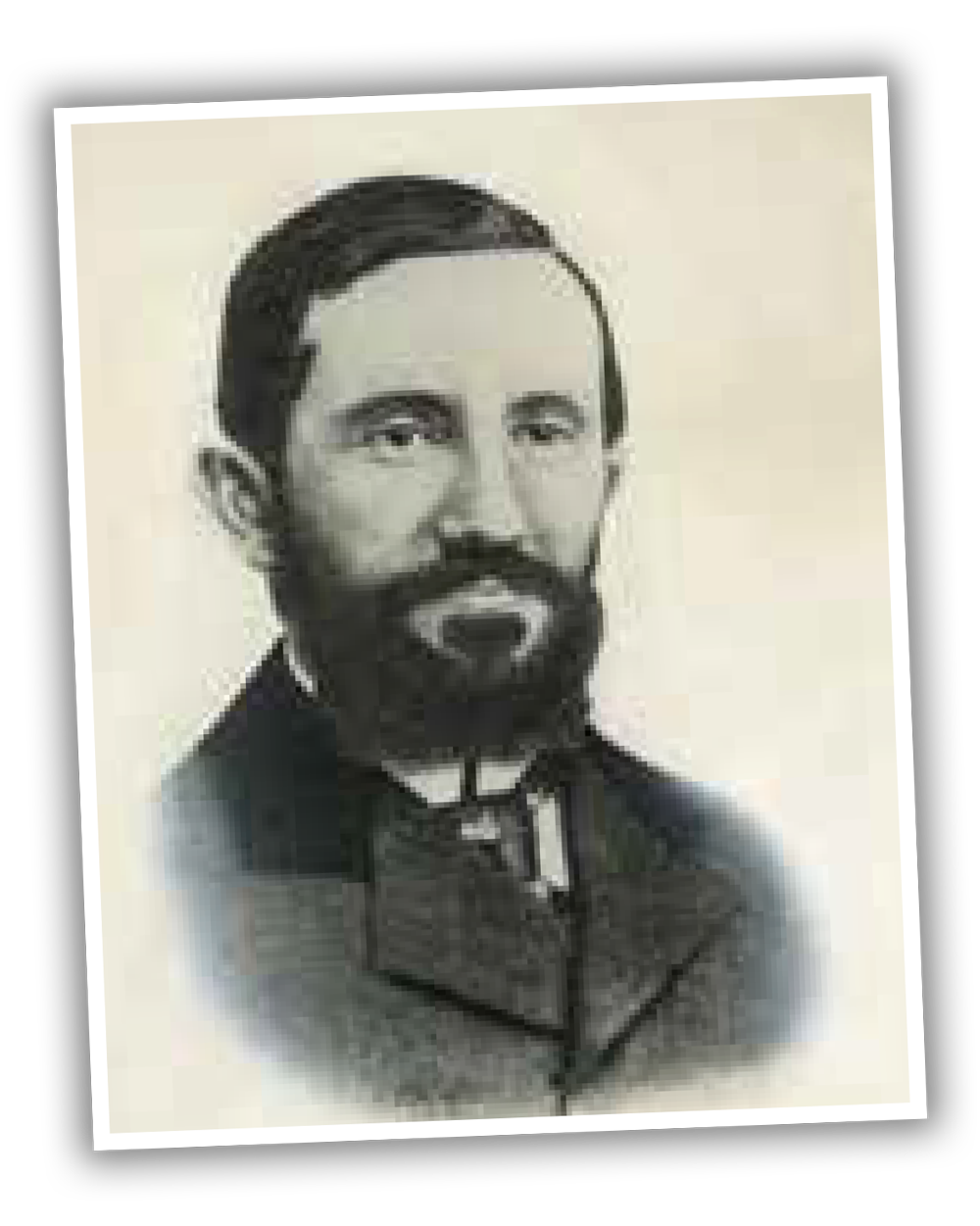 EXPOSITION OF THE TEXT

Of course, our ministry is founded upon the Bible. The rationale for our service to the Lord and the Jewish people is unquestionably biblical. The foundational passage upon which our ministry is built is found in the book of Romans where the Apostle teaches the new believers in Rome that the first step in reaching the world with the gospel is to reach the Jewish people.

For I am not ashamed of the gospel, for it is the power of God for salvation to everyone who believes, to the Jew first and also to the Greek.

The Greek word used by Paul and translated as “first” is proton (πρῶτον).1 This term implies a priority2 rather than a sequential order of events.3

Perhaps the best way to understand what the Apostle teaches in Romans 1:16 is to see his strategy worked out in his ministry, which is recorded in the Book of Acts. Wherever Paul went in his ministry among the Gentiles, he also tried to preach the gospel to the Jewish people living in that area (Acts 13:13-52; 14:1-5; 18:7-11; 19:8-10).

What the Apostle did in Iconium is a good example of his strategy: 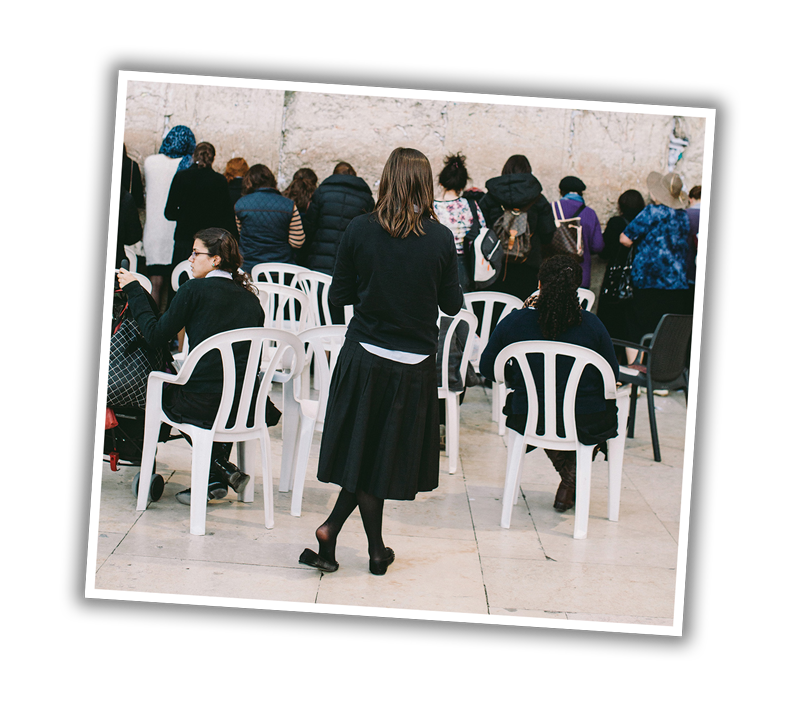 In Iconium they entered the synagogue of the Jews together, and spoke in such a manner that a large number of people believed, both of Jews and of Greeks. But the Jews who disbelieved stirred up the minds of the Gentiles and embittered them against the brethren. Therefore they spent a long time there speaking boldly with reliance upon the Lord, who was testifying to the word of His grace, granting that signs and wonders be done by their hands. But the people of the city were divided; and some sided with the Jews, and some with the apostles. And when an attempt was made by both the Gentiles and the Jews with their rulers, to mistreat and to stone them, they became aware of it and fled to the cities of Lycaonia, Lystra and Derbe, and the surrounding region; and there they continued to preach the gospel. (Acts 14:1-7)

He would regularly attempt to evangelize the Jewish people of a particular city before he spoke to the Gentiles. The salvation of the Jewish people was an ever-present concern for Paul, and his actions in the Book of Acts reveal the motivation behind his words in Romans 1:16.4

A NEW WAY OF LOOKING AT THE TEXT

The word “first” suggests that the Jewish people are to be viewed as a priority in evangelism. The word is also used in Matthew 6:33 where the Lord Jesus reminds us to “seek first the kingdom of God….” The Kingdom of God should always be sought as a priority in our lives, even before we seek other things. In a similar way, reaching Jewish people with the gospel must be a priority concern for all who know the Lord Jesus as their Savior.

Reaching the Jewish people is a priority based upon God’s gracious choice of His call upon Abram in Genesis 12:1-3. It is also a priority based upon God’s prophetic plan for the future! Paul describes the future salvation of the Jewish people and the impact this will have on the rest of the world. I can only imagine that this is what he had in mind when he penned Romans 1:16.

Knowing the future plan of God, it is clear that the Church should somehow continue to prioritize Jewish evangelism, especially as we see the day of His second coming drawing near. Bringing the gospel to the Jewish people first should not be viewed as a priority of privilege but as a priority founded on the Lord’s strategy to heal a broken world.

The Lord chose the Jewish people to reach the Gentiles, but my people failed, so He sent His Son, the greatest Jewish person who ever lived, to complete the task. And now He calls upon Gentiles who believe the gospel to bring the message back to the original messengers!

TO THE JEW FIRST TODAY!

So how do we apply Romans 1:16 and the priority God gives to Jewish evangelism to our present day? He makes this clear in Romans 11, which I believe is a biblical mandate for Gentiles in the Body of Messiah to reach Jewish people for Jesus.

In fact, according to Paul’s statement in Romans 11:11, the Gentiles are supposed to cause Jewish people to become jealous of the Jewish Jesus who, by His Spirit, lives within them.

I say then, they did not stumble so as to fall, did they? May it never be! But by their transgression salvation has come to the Gentiles, to make them jealous. 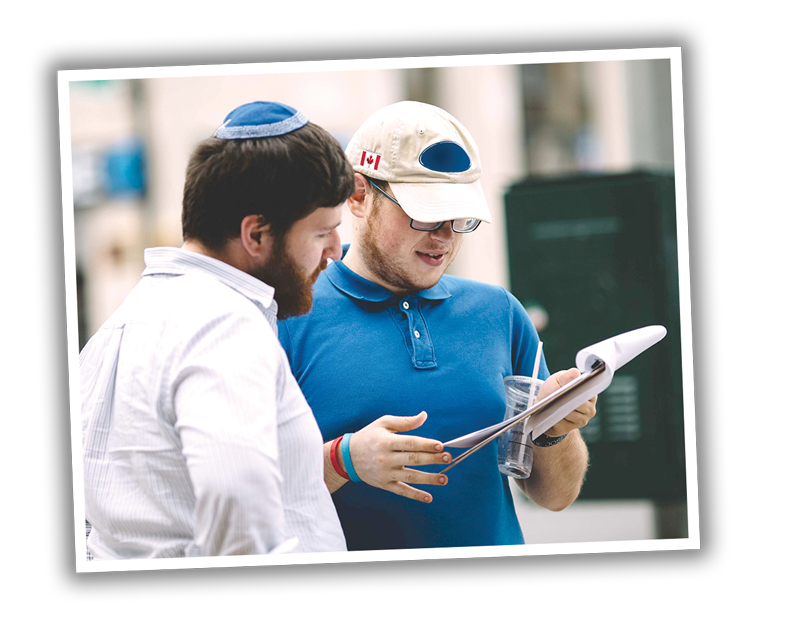 We can prioritize reaching Jewish people because of God’s choice of Abraham’s seed according to the flesh and still reach the world as commanded by our Messiah prior to His ascension. It begins with you! Through your prayers, giving, and witnessing to your Jewish friends—and by making them jealous— the plan of God will go forth in power!

Thank you for your support and prayers. Together, let’s ask the Lord to make our 125th anniversary fruitful in His service. And please pray that the Lord will help us reach our goal of sharing Jesus with 125,000 Jewish people this year—either directly or by helping Gentile believers become equipped to tell their Jewish friends about Jesus through our missionaries, publications, Messianic centers, congregations, and online ministries.

Blessings in the great name of Jesus our Messiah,

For your gift of $125 or more, in honor of our 125th year of ministry to the Jewish people, I would love to send you a copy of To An Ancient People, the story of Rabbi Leopold Cohn. The book describes how the Lord brought him to America, how he heard about the Messiah, and how he began what we now know as Chosen People Ministries. You will love this amazing story!